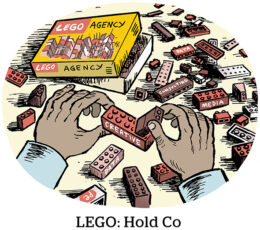 In 2014, Google’s then-CEO Eric Schmidt raised eyebrows when he referred to Amazon as Google’s primary search opponent, rather than Yahoo or Bing.

Fast-forward eight years, and Amazon is now its obvious challenger, and Google has utterly failed to address its own ecommerce vulnerabilities, according to a LinkedIn post by Faisal Masud, CEO of the commerce tech platform Fabric (and a Google and Amazon vet to boot).

Google never had the stomach for a full-on ecommerce business: shipping and returns, warehousing, customer service, refunds, fraud. Yuck. Google prefers the high-margin, low-impact opportunity it has in directing web traffic, not spending money to move packages around the real world.

So, what can Google do to succeed in commerce? Well … “Google has to stop being ‘Googley,’” Masud writes.

Google’s search position is secure. People don’t use Amazon to find the capital of Norway or places nearby to eat. (Actually, ask Alexa.) Even so, Google made a strategic blunder when it allowed Amazon to gain a foothold on purchase intent data.

“Spotting, developing and launching new businesses has never been a problem for Google,” Masud wrote. “It’s been the unwillingness to cannibalize its own search and advertising business that has always held the company back.”

Are agency holding companies handcuffed by their own business models?

But it’s hard not to see these flagship account wins as Pyrrhic victories, per Sparrow One’s latest newsletter. To win a marquee client, hold cos must sacrifice profitability to undercut competitors on price. “The agency media review process has become a strange race to the bottom, yet all the holding companies still participate because they see few other viable options,” according to Sparrow.

What’s more, agencies aren’t built to bill clients for tech, strategic transformation or value creation, à la consultancies. Even if an agency and consultancy do similar work on an account, agencies spend and earn only what’s billable to the client, such as hours spent on creative production, raw materials and a percent of media.

Consultancies face the same challenge. But here’s the deal: “Because their work is perceived as more strategic vs. execution-oriented like advertising agencies, they’re able to charge significantly higher margins because of the perception that they are providing more high value, high-impact service,” Sparrow wrote.

Can Less Be More?

Ad-supported streaming services are still trying to strike the right balance of ads per hour of programming that’ll keep both advertisers and audiences happy. Competing platforms are trying out different ways to hit this supply-and-demand sweet spot.

Many of the big names, like Peacock and Discovery+, are competing for the lightest ad load. While obviously attractive to audiences, there’s also a business appeal to this approach. Limiting TV inventory even more might convince advertisers to pay up for the scarcity.

But other services are taking a different tack. They see more value in competitive pricing and have even done the math to figure out just how many ads keep the CPM rate below average, Digiday reports.

There’s also a debate on when to show ads to viewers. Viki, which streams Asian TV shows and movies, doesn’t allow midroll ads before a certain amount of viewing time has passed. Others, like Hulu, let binge-watchers view more ads before their show in exchange for a longer, ad-free break.

As Amazon became the dominant ecommerce player, look at what became of its bookstore. [NYT]

How eyes, pupils and heart rate could be used to target ads in the metaverse. [Euronews]

Check out 21 pitch decks that startups used to raise millions in media and advertising. [Insider]