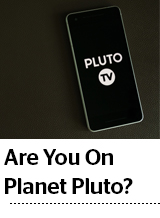 Google is preparing for an antitrust investigation by the US Justice Department, which could include a far-reaching probe of its advertising practices. Google’s usual regulatory hotspot is search, where it wields immense influence in the consumer journey and can prioritize keeping people on Google rather than allowing them to click out to another site – which is how the search engine originally worked. But, in early deliberations, DOJ officials have expressed interest in Google’s third-party ad tech stack, where the company is able to extract large cuts of digital media revenue since it provides both buyer and seller technology, The Wall Street Journal reports. Competitors such as Oracle and News Corp have bolstered the case against Google by filing regulatory complaints, and former AppNexus CEO Brian O’Kelley testified before the Senate last month advocating for a potential Google breakup. “While Google doesn’t dispute that it holds an enviable place in the advertising pyramid, executives are prepared to argue that the data show they hold far from monopolistic pricing power,” the Journal reports. More.

Overall US media consumption may be approaching a plateau. The amount of time people are expected to spend across all media channels will rise by just one minute this year, to 12 hours and nine minutes per day, according to eMarketer’s forecast. More time spent online is offsetting the slowdown on linear media, with digital video replacing TV viewer hours. “If you’ve made a considered decision to watch something on Netflix and have paid a subscription fee to do so, you’re less likely to distract yourself by layering another kind of media usage atop that,” says eMarketer analyst Mark Dolliver. Streaming audio is also contributing to digital’s growth over linear as more people listen to mobile music and podcast apps or smart speakers. More.

With networks like MTV, Comedy Central and Nickelodeon, Viacom knows a thing or two about reaching younger viewers. But can Viacom turn ad-supported streaming video into a thing? The company spent $340 million earlier this year to buy Pluto TV, an OTT app that’s free to download and features some linear channels – essentially channel-surfing for cord cutters. “We saw that there’s a lot of investment on the SVOD space – Netflix, Disney+, AT&T’s product – and at the same time people were not focused on this free space,” Viacom CEO Bob Bakish tells The Hollywood Reporter. “And it is very substantial in terms of broadband-only homes and fits very well with mobile.” Pluto is one of the most established free, ad-supported OTT apps, but it’s competing for a finite amount of overall screen attention. Scale on a national level and subscription revenue may be the name of the game moving forward, as titans like AT&T, Google and Disney enter the fray along with Netflix and Amazon.