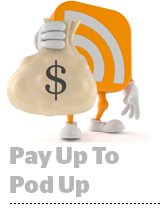 Google is upping its brand protections in three key areas. First up, Ads.txt will become the default setting for new campaigns starting in August. Next, once App-ads.txt gains critical mass over the next few months, Google DV360 will stop buying unauthorized inventory and marketers will only be able to buy validated inventory. Last up, Google is improving its brand safety interface. “Brand safety is such a critical part of advertising that we felt it really needed to be brought to the forefront,” Google group product manager Roshan Khan said. The update makes it easier to see cross-campaign brand safety in areas such as content labels and keyword exclusions. Brands can also make changes across multiple campaigns at once. Read more.

In The Right Context

The New York Times introduced a slate of brand partnerships and ad targeting offers during its NewFronts presentation on Monday. The news company is going all-in on audio following the success of The Daily, which now has around 2 million daily listeners, MediaPost reports. Most of the new or beta ad products on NYT’s docket are refined versions of contextual targeting tech. One product, originally called “Project Feels,” matches story sentiment – “adventure,” “sadness” or “love,” for example – with an advertiser’s stated goal for a campaign. A “motivation” targeting offer expected to launch later this year will match ads with inventory based on the likelihood that a story will spur an action, like a click, sign-up or purchase. Allison Murphy, VP of ad innovation at The Times, noted that regulations and consumer privacy concerns will change the way readers and publishers share data, making these contextual offerings a strong alternative to direct audience targeting. More.

Bain Capital and Apollo Global Management are among several firms bidding for Kantar, the market research and data group owned by WPP. The holding company is seeking a $4.5 billion valuation for the data business and expects to complete a sale by the end of Q2. Investors have criticized slow-growing Kantar as a drag on WPP’s growth, but WPP wants to retain a 25% to 40% minority stake in the business and use the proceeds to pay down its debt. Kantar currently makes up about 17% of WPP’s sales, according to Bloomberg. More. WPP has been fielding offers for Kantar since last year, when Mark Read told investors that despite plans to divest its data business, WPP would “like the opportunity to continue to integrate Kantar with our work.”

Spotify has spent $400 million to buy its way into the podcasting business this year. The company revealed on Monday that it shelled out $56 million on a deal for Parcast, the podcast production studio it bought last month, VentureBeat reports. Read it. That’s on top of the combined $344 million it paid for Gimlet and Anchor back in February. But Spotify’s podcast shopping spree might not be over yet. Spotify said on its earnings call Monday that it’s earmarking $500 million for similar acquisitions. Overall, Spotify’s Q1 2019 results were solid, with revenue growing 33% to roughly $1.7 billion, while the number of monthly active users went up 26% to 217 million. Read the release.

Bing Ads has a new name: Microsoft Advertising. But it’s more than just a rebrand. The Microsoft Advertising business unit will be home to new ad products launching in the coming months with built-in AI that is “more connected to your data and your business,” Rik van der Kooi, corporate VP of Microsoft Advertising, writes in a blog post. (Strangely, there is no mention of LinkedIn as part of the announcement.) Think of Microsoft Advertising as the company’s umbrella for all of its ad products as it creates solutions that go beyond search. This isn’t the first name change for Microsoft’s ad offerings, Search Engine Land writes. The last rebrand actually emerged from an initiative to specifically focus more on search advertising back in 2012 when Bing Ads replaced adCenter. So it goes. More.