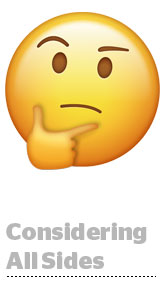 Industry trade groups are cautiously optimistic about Google’s development of a built-in Chrome ad blocker [AdExchanger coverage]. "What we want is something that's industry-wide, that can demonstrably improve user experience and that's embraced by pretty much everyone," says IAB chief Randall Rothenberg to Bloomberg. Though they’ll often have to balance general industry consensus against blowback from impacted publishers, many of whom see full-screen interstitials or autoplay video ads as fair game. More.

Advertisers are now able to buy Snapchat geofilters alongside full-screen video ads through third-party ad partners like Amobee and VaynerMedia. Snap will also expand advertisers’ access to geofilters via outside partners like Hootsuite, WeddingWire, EventFarm and MomentFeed. The ad product allows a buyer to narrowly prescribe the area where a sponsored filter is served – for instance, to Brooklyn or downtown LA. The platform hopes giving advertisers the ability to manage, execute and report on these executions via a range of third-party sellers will make them more popular. More.

Until its AI is smart enough to police for brand safety violations on YouTube and its exchanges, Google must rely on human ad raters to watch video and moderate comments sections. Some anonymous ad raters tell Wired that Google places more emphasis on speed and volume than accuracy in its vetting process. Ad raters sometimes moderate hours of content in only a few minutes and make subjective calls about acceptability with only vague guidance. “I’m worried if I take too long on too many videos in a row I’ll get fired,” says one.  More.