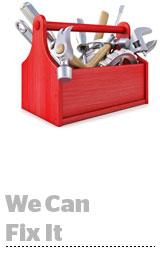 Safe At Any Speed?

In separate media interviews, Google Chief Business Officer Philipp Schindler pushes two narratives: (1) The problem of ads running next to hate speech is tiny (“very very very small numbers,” Schindler tells Recode), and (2) Google has the tech to fix it. The Times reports, “Google is applying machine-learning techniques — the underlying technology for many of its biggest breakthroughs, like the self-driving car. It has also brought in large human teams (it declined to say how big) to review the appropriateness of videos that computers flagged as questionable." To brands, neither argument is likely to be totally convincing. If Google could easily solve for brand safety issues, wouldn't it have done so? As for the size of the problem, no one is claiming that YouTube is full of hate speech. Rather brands are hammering on the message that any exposure is unacceptable. More in Recode. And The New York Times.

It’s easy to sleep on esports, but the gaming phenomenon has evolved into serious live entertainment and potential brand delivery for those willing to brave new terrain. Twitch has few users (around 9 million) by Facebook or Twitter standards and esports have relatively low sponsorship revenue ($266 million) compared to major US pro sports leagues, but they are growing fast and have proven a powerful brand driver among the elusive 21- to 35-year-old male demographic, reports E.J. Schultz at Ad Age. It’s also a volatile audience. If brand delivery feels organic, “you get unbelievable loyalty and praise,” says Coke VP of entertainment ventures and gaming Matt Wolf. “And if it's not, you can get some pretty serious toxic backlash." More.

Amazon is trying to break the stranglehold US auto dealerships have on car sales, the way Alibaba made online car sales feasible in China. In the past year, the American ecom giant has debuted a pilot program in Italy to sell Fiat cars as well as a hub for consumers to research automobiles. Still, Amazon’s got a tall task ahead, according to Business Insider. As with all ecommerce, Chinese trends don’t hold true in the US. Alibaba recently sold out 350 Alfa Romeo cars in 33 seconds as part of a promotion behind news that Fiat (which owns Alfa Romeo) made Alibaba its exclusive online seller in China.

Another acquisition for Dentsu Aegis Network! It bought performance marketing services company Leapfrog for an undisclosed sum and will fold it into its iProspect agency, which focuses on online search and performance marketing. So iProspect gets Leapfrog’s proprietary marketing conversion tech, its expertise and its client list. Read the release.