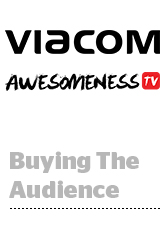 Viacom is negotiating to acquire AwesomenessTV, according to Bloomberg. AwesomenessTV is a joint venture between NBCUniversal, Verizon and Hearst that originated as a YouTube channel. It’s not the first time this year that Viacom has tried to acquire its way to a younger audience. Back in January, it bought influencer marketing platform WhoSay. That’s not to say it’ll work. Univision, for instance, is trying to offload its Fusion Media properties. So the shine is fading fast from many digital-first publishers, and AwesomenessTV isn’t an exception: “Viacom will pay less than half the $650 million valuation AwesomenessTV received back in 2016, a sign of the sagging market for online media companies,” writes Bloomberg.

Five advertising trade groups – the American Association of Advertising Agencies, American Advertising Federation, Association of National Advertisers, Interactive Advertising Bureau and Network Advertising Initiative – published an open letter to Apple saying its Safari updates set for September “will further damage the consumer experience online and undercut the economic model that provides popular ad-supported content and services.” Apple had already thrown the brakes on most cookie-based tracking and advertising on its browser, but its new version will address edge cases like probabilistic matching based on aggregated non-cookie data, including operating system and browser type, screen size and orientation, battery details, font installs, plug-ins and CPU speed. Safari will also use pop-up notices to alert browsers when companies like Facebook are tracking site visits. The Drum reprinted the letter.

A BTIG Bet On Telcos

The media world has typically relied on a B2B wholesale model, writes BTIG managing director Rich Greenfield. But as consumer attention becomes more coveted, media companies need to go direct-to-consumer. That need to evolve is certainly not lost on AT&T CEO Randall Stephenson or Disney chief Bob Iger. But awareness of the problem and being able to solve it are two very different things, and Greenfield argues that telcos are better equipped to succeed and take on the tech platform giants than the old school media conglomerates. “Phone companies have had to fight for every subscriber (gross add) and figure out how to reduce churn to keep their customers in a highly competitive market,” he writes. Register and read more.