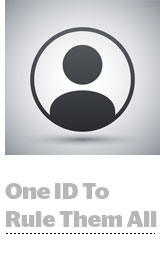 The idea of standardizing user IDs across ad tech companies and web publishers is gaining steam as a means to manufacture scaled targeting on par with The Duopoly. Google and Facebook “have really strong identity systems and have locked people into their systems,” Beeswax CEO Ari Paparo tells Kate Kaye at Ad Age. But the collaborative spirit and “us vs. the platform giants” approach are tough to implement in the actual market. Digitrust has tried since 2014, but wrangling cross-industry stakeholders has proven an immense chore. Many are excited about a new vendor-assembled programmatic consortium [AdExchanger coverage] that aims to fill the same need, but that’s partially because the consortium hasn’t filled in enough detail to split its membership on policy or philosophical grounds. More.

The Krux Of Salesforce’s DMP Strategy

Salesforce has rebranded Krux, the data management platform it bought for $700 million last fall. The company now does business as the Salesforce DMP. In a blog post, Krux co-founder Tom Chavez writes that DMPs need to power more than just marketing, which is why Krux sold to Salesforce in the first place. “It needed to be part of an intelligence layer that drove richer and more personalized brand experiences across all channels,” he blogs. Salesforce hopes to develop that next-gen DMP which taps its artificial intelligence solution, Einstein, to soup up segments – among other applications. More.

Facebook is cracking down on click-bait. For the third time. The platform is tweaking its algorithm yet again to penalize articles that either intentionally withhold information, mislead readers or exaggerate their content, Recode reports. This time, Facebook thinks it’s cracked how to suppress a specific click-baity post without hurting the publisher’s overall circulation. Meanwhile, Facebook’s attempt to clamp down on fake news articles is a little too public. Conservative news outlets and readers are intentionally sharing articles flagged as “debunked” in retaliation for Facebook’s throttling of some conservative media, The Guardian reports. More.