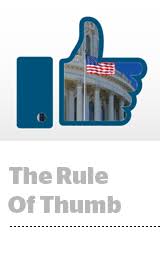 Hitting For The Cycle

2021 is an off-year, in terms of the four-year election cycle. But political advertising is scorching – and politicians have a few specific demands for digital. For one, the idea of “forced video” exposure is critical, said Megan Clasen, a partner at the political ads shop Gambit Strategies, in a Q&A with the Campaigner Substack. Sites or feeds in which viewers scroll by silent videos and where even successful exposures are measured in a few seconds just don’t work in politics. Campaigns need 30-second sound-on spots for persuasion purposes. That’s a win for YouTube, which has six-second bumpers and sound-off ads, but also offers unskippable video for a premium. Creative is also a challenge for political advertisers, according to Clasen. But Facebook is popular for targeting and because it doesn’t require expensive production. Even so, TV-esque production value can be wasted when streaming video ads serve to a phone. “It’s going to be some tiny ad and your screen’s not going to be beautifully lit in the same way as a TV, so using imagery that’s super dark, for example, or not having text on screen could ultimately harm you,” Clasen said. “It’s important to take into consideration all the places that the ad could potentially serve.

As expected, Facebook is changing its corporate name. Please forward all future scandals to Meta. The rebrand reflects Facebook’s plan to shift its focus to the metaverse. Mark Zuckerberg announced the name change on Thursday at Facebook Connect, a Facebook Reality Labs virtual conference devoted to virtual and augmented reality. Starting now, the name “Facebook” will only refer to the main app, and the company will begin trading under “MVRS” as its stock ticker beginning on Dec. 1. Christening a new parent company is reminiscent of the move Google made in 2015 when it created Alphabet to represent its efforts beyond search. But unlike Google, Facebook (sorry, Meta) is also grappling with more bad news that you can shake a stick at. Apple’s iOS 14 privacy changes are starting to take their toll, and The Facebook Papers document dump is leaking all over the place. A name change won’t fix Meta’s rep. The Verge has more.

Out Of The Frying Pan, Into The Firewall

Ad agency holding companies each had a great year on the stock market. But despite rosy overall numbers, global agencies such as WPP and Omnicom reported slowdowns in China. And it seems like US and European companies are going to struggle mightily to find a foothold there. S4 Capital CEO Martin Sorrell tells Insider that agencies and mar tech companies will ramp up M&A in China for co-ownership deals with companies like Tencent or Alibaba, because outside firms are practically prohibited from going it alone. Big Tech has well-known obstacles in China, from Google’s and Microsoft’s search engine censorship to Facebook’s ban. Microsoft shut down LinkedIn in China and Apple faces human rights issues there – etcetera. But it’s a big deal that western businesses are steadily boxed out of the Chinese market, and it’s hard for companies to walk away. Many rely on China for a double-digit share of revenue or for future growth prospects. The Trade Desk, for instance, is staking much of its growth on its expansion into China, and Google coined the phrase “The next billion users” in reference to China. According to Sorrell, China will be the biggest economy in the world, “whether we like it or not.”

The disinformation and ad tech activists behind Check My Ads are starting a new nonprofit. [Morning Brew]

Thinking inside the box: The chefs who pivoted to CPG businesses. [Fine Dining Lovers]

Google and Facebook’s ad empires: The tech giants talk a lot about the “metaverse” and cloud computing. What really powers them is selling us socks. [NYT]

Why Facebook collects profile data even when accounts are deactivated. [Digiday]