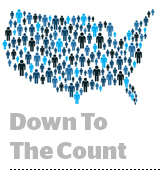 The Supreme Court will hear arguments this week in a case disputing plans for the 2020 census. The current administration introduced a census question on whether the survey taker is or is not a citizen. It would be the first decade since 1950 that the census included a citizenship question, the Associated Press reports. The U.S. Census Bureau has kept citizenship out of the survey because it discourages immigrants or Spanish-speaking residents from participating, and the census is tasked with establishing a full tally, not just of citizens. Marketers and the ad industry are impacted as well, since market research and media ratings are often benchmarked against the census. Marketers and measurement firms would have to invest even more time and money to make sure they account for younger, more diverse audiences, if the census is skewed. More.

Consumer goods giant Unilever is taking the roughly $337 million in savings it’s made from agency cutbacks over the past two years and funneling it right back into marketing spend. The amount Unilever has been able to save from agency cutbacks increased by $56 million last year, The Drum reports. Unilever has been designating more work to its in-house marketing hubs, U-Studio and U-Entertainment, and consolidating its agency roster by region. Unilever has also stood up 28 so-called “people data centers” around the world where it aims to drive one-to-one marketing at scale. “Agencies shouldn’t be enabling companies like ours to [build their own data centres], they should be ahead of us and they should offer us that service themselves,” said former Unilever CMO Keith Weed. More.

Affiliate marketing is catching up with online advertising as a dependable revenue stream for Dennis Publishing, which operates magazines in verticals like automotive, computers and technology product reviews. In some cases, an affiliate link can drive more revenue than an ad impression. Dennis’ affiliate gains stem from larger strategic changes for the company to use data to personalize readers’ experiences, Jenny Clements, head of partnerships and affiliates, tells Digiday. “Creating the best user experience for a user’s shopping journey is not loading a page with ads,” she says. “This is not always to get ad revenue but affiliate revenues; we work out which will outweigh the other.” More.