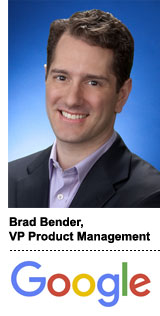 Since launching a proprietary YouTube measurement system last January (and later expanding it to DoubleClick and the Google Display Network), Google has been pretty buttoned up about its Ads Data Hub.

However, Google VP of Product Management Brad Bender tells AdExchanger that adoption of the audience management tool is strong.

Google claims Ads Data Hub usage has grown at a rate of about 55% per week on average as the platform enters an expanded beta period. The platform’s initial beta began last May; a general release is planned for Q1 2018.

By then, Google expects to have a total of 100 partners using the system, including agencies like Omnicom’s Annalect, Merkle and Essence, ad tech vendors like Innovid and media and entertainment brands like 20th Century Fox.

“We expect this growth to increase dramatically over the next six months in our expanded beta as we work more closely with key third-party ad tech partners in addition to our agency partners and advertisers,” Bender said.

Although Google didn’t specify who those ad tech partners are (yet), it is shedding more light on how marketers are using the tool.

At its simplest, Ads Data Hub is designed to facilitate a match between an advertiser’s own marketing data sets and impression-level (read: logged-in, user-level) data across Google properties (or non-Google properties hooked into Google Display Network or DoubleClick environments).

It accomplishes this in a secure cloud environment that’s less reliant on cookies or pixels.

If that sounds similar to a data management platform, that’s because it is.

“Ads Data Hub has DMP-like capabilities in that you can manage audience and soon will be able to target them on Google media,” Bender said.

Yet, despite the system’s capacity to target against Google media – eventually – Bender said Ads Data Hub will not belong to the AdWords or DoubleClick family of products because the goal is to keep it agnostic.

“There is a reason why we decided to set it up where it is, which is as a partnership between the ads team and [the Google Cloud Platform] team to house it in a safe, cloud-based environment,” he said.

Google claims the tool enables better measurement, despite some buyers’ concerns that the system may be another opportunity for Google to exert its own dominance in media.

But Bender said the solution is meant to be complementary to other measurement offerings, including marketers’ third-party tech stacks.

Film studio 20th Century Fox, for instance, is using Ads Data Hub to combine CRM and marketing data from its own systems with ad exposure data across Google and YouTube.

“The next step is to bring together demographic interest-based data from Google to be able to produce more refined audience segments with less of a need for time-intensive research, surveys and panels,” Bender said.

For Fox, the goal was to understand whether marketing campaigns were reaching a high-value segment of viewers. Others, like the agency Essence, are using it for frequency or attribution analysis to determine where there’s campaign overlap.