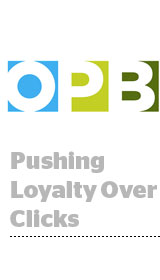 In addition to radio, it now produces TV and digital content to keep an audience of 1.5 million people informed. As part of its digital investment, it doubled its newsroom in the past five years. Posting went from supporting radio features, with a 9am-5pm posting schedule, to breaking news around the clock.

As Oregon Public Broadcasting creates more online and multichannel content, it’s become more strategic about how it promotes its in-depth reporting. But like many publishers today focused on cultivating long-term loyalty, it carefully crafts alerts to inform readers about its best reporting, not annoy them with unhelpful or excessive updates.

Oregon Public Broadcasting creates “launch plans” to promote articles across social media, its app and email newsletters. It will monitor what works best for a particular article and will redo marketing pushes for articles that didn’t seem to gain enough traction.

One piece of that promotion puzzle is notifications viewers receive via their app and on their desktop. They drive readership, but Oregon Public Broadcasting wants these alerts to be helpful, not annoying. Since it ultimately wants people to become members to support the content, irritating loyal users who receive notifications would only detract from that goal.

For example, notifications should inform, not force someone to click. “You shouldn’t be teased or forced into clicking through. We should give you a fair amount of information in the alert itself,” said Jan Boyd, director of digital strategy and community.

So Oregon Public Broadcasting doesn’t judge success by looking at clicks. Instead, it focuses on how many people opt in or unsubscribe.

Year over year, the number of opted-in devices is up 26%, a sign that people find the notifications helpful.

To avoid annoying readers, Oregon Public Broadcasting also doesn’t use notifications for marketing, such as a call to donate during a membership drive. Instead, people click through to read an article first – then see a call to support the piece of journalism they’ve just read, when they’re likely to be more in the mood to support the broadcaster.

“Our digital strategy is about creating affinity, engagement and loyalty first – and then introducing the idea that it’s member-supported,” Boyd said.

Oregon Public Broadcasting is encouraged that more people are opting in to notifications even though its overall mobile app experience is ancient. The news app is about to get a complete redesign.

“People like alerts, and they’re willing to find onto a sub-par mobile app experience in order to have the alerts. That’s something that has really spoken to us,” Boyd said.

When Oregon Public Broadcasting redesigns its news apps, it will offer more customization around notifications. For example, someone could choose to get notifications about political coverage. Or an author they want to follow, Boyd envisioned.

“If we can cut through the noise and be able to show you what interests you really well,” she said, “that will do nothing but increase membership, loyalty and support.”