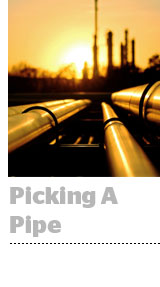 Supply-path optimization (SPO) lets buyers find the best way to access the inventory they want. But the next stage of SPO is emerging, where buyers will negotiate with exchanges to create their own low-fee paths to supply.

In that spirit, the agency Goodway Group and the exchange PubMatic inked a deal Wednesday where PubMatic will lower its fees as the agency steps up its spending through the exchange. Goodway’s percentage of media pricing, which will be transparent to clients, will decrease as it hits different pricing tiers.

The deal is a result of header bidding, which democratized access to supply and gave buyers more ways to route their spend to publishers. They’re now using SPO to choose the most transparent, direct and low-fee paths to a publisher’s programmatic ads.

“Marketers across the industry have been harping on transparency, but the SSP/exchange side of the business has gotten a pass in participating in it,” Goodway Group President Jay Friedman said. Agencies and DSPs already have to compress fees, which is why SSPs need to follow suit.

Now that it has negotiated a lower exchange fee, Goodway Group plans to “significantly” increase its spend through PubMatic, Friedman said.

“We are going to try to help [PubMatic] win every auction they can, because it will deliver more value to our marketers,” Friedman said. All of the savings will be passed on to clients, he said.

But is such a deal sustainable for exchanges?

If a buyer’s volume of spend and win rate increases with a single exchange, costs go down, said PubMatic CEO Rajeev Goel, making it affordable for the exchange to cut fees.

“We have been thinking about building a more sustainable model in a header bidding world,” Goel said. “Our cost of doing business with a publisher is more fixed. If we are able to amortize the cost over a high rate of spend, fees can be better, and publishers benefit.”

In order to route more spend to PubMatic, Goodway Group will instruct its DSP to bid higher on PubMatic inventory using a bid factor tool.

If other agencies and exchanges follow this model, Friedman believes that the industry will end up with healthy competition among top exchanges and eliminate the hangers-on that don’t provide real value.

“Everyone can shut off 60 of those 75 exchanges and not lose an ounce of scale,” Friedman said. “If all major marketing companies or holding companies get on board, we consolidate spend around the real exchanges and SSPs that deliver value. We want choice in the market, but we aren’t going to get rid of noise if we don’t consolidate.”

If more deals like this follow, publishers might choose supply-side partners based on the relationships each exchange has with ad buyers. In the early days of SSPs, the reverse was true: exchanges had near-exclusive relationships with publishers, forcing buyers to use all of them in order to access the top publishers.

Deals like the one struck between Goodway Group and PubMatic could also change who the SSPs ultimately serve. Independent SSPs traditionally worked for publishers – differentiating themselves from Google which also served the buy side.

But as buyers turn off exchanges to do SPO, exchanges now find themselves forced to cater to the buy side as well.

PubMatic piloted this idea with Goodway Group in Q4, and the deal will ramp up in February and March.

“The level of effort required to be the first mover was pretty significant on both sides,” Friedman said. But he and Goel want to see more buyers – and larger ones – consider the benefits of consolidating spend with one of the top exchanges.

“If one of the largest holding companies in the world does a deal like this, it will carry more industry weight and momentum, and all SSPs and exchanges will need to look at building something like this,” Friedman said.