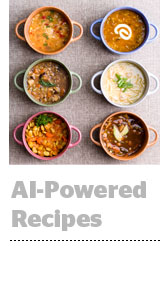 Campbell’s Soup wants to help solve the daily “dinner dilemma” – that period between 3 p.m. and 5 p.m. when people figure out what’s for dinner.

And who better qualified to brainstorm novel dinner recipes than IBM Watson?

As Watson learns from each search query, the ads become more relevant to the consumer, said Amy Benford, global media director at Campbell’s Soup: “If a consumer were only to check vegetarian options, eventually Watson will only offer vegetarian recipes.”

Because many people search multiple recipes, Watson often improves its recommendations with a single ad exposure.

After last year’s successful program, which generated strong engagement in terms of time spent per ad, Campbell’s wanted to use the learnings to expand the campaign’s scope this winter.

First, it worked with Watson Ads to build a cleaner and more intuitive interface. Plus, Watson’s year of learnings helped improve recipe recommendations from the start of the campaign.

If temperature drops 10 degrees over a day in a warm climate like Florida, ad engagement pops, Benson said. But for places like Buffalo or Chicago, it takes a snowstorm to put people in a soup mood.

This year, the dynamic recipe ads will also appear on food and recipe sites, but with the same weather triggers in place.

The ads just launched a few weeks ago, and will continue through February and March, depending on the weather. Campbell’s is used to adjusting spend according to the weather, and will set monthly spend caps and either pull them forward or push them back based on the weather.

Campbell’s Soup is primarily tracking engagement in the second year of the program, but the larger program may also be big enough to run a sales study. Tying this campaign to actual sales will put the dynamic creative ads to the ultimate test and allow Campbell’s to see if Watson’s recipe suggestions helped people solve their late afternoon dinner dilemmas.