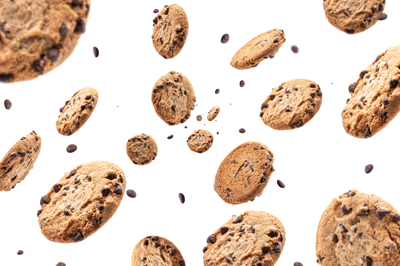 And that’s a wrap.

Thanks to everyone who attended AdExchanger’s Programmatic IO digital conference this month. Over six days in October, more than 45 speakers took to the virtual stage (ahem, their sofas and kitchen tables) to drop knowledge bombs, including deep dives on the future of identity in addressable advertising.

With third-party cookies on the brink of extinction, publishers can tap into first-party identity as a way to reestablish their value in the market.

Publishers that don’t act on a first-party data strategy now risk losing between 30% and 50% of their programmatic revenue, according to Paul Cimino, global head of data strategy at Prohaska Consulting.

But publishers can convert their reach into data that drives insights, content creation and relevant advertising, all of which will help with retention and audience growth, said Nicole Lesko, SVP of data, ad platforms and monetization at Meredith Digital.

“As publishers, you control the first-party data relationship with consumers – and that is critical,” Lesko said.

The demise of third-party cookies is also a chance to rethink the truisms of ad tech, said Cécile Blanc, senior director of global solutions and innovation at Xaxis.

During the early days of display, everyone was excited by how measurable it was. But, in retrospect, that measurability was “a bit of a curse in disguise,” Blanc said.

“Just because something is easy to measure, doesn’t mean it’s the right thing to focus on,” she said. “We have the opportunity to hit the reset button on ad tech with the user more at the center, rather than the cookie.”

One way to measure without cookies is by investing in contextual solutions, which deserve more love than they’ve gotten over the past decade or so. Contextual targeting will experience a “rebirth” in a post-cookie world, because it works, said Steve Mougis, SVP of programmatic sales at DoubleVerify.

According to a recent study conducted by DoubleVerify, 44% of consumers said they tried a new brand after receiving a promotion in a contextually relevant environment.

“Contextual is definitely in a very different place than it was even a couple of years ago,” Oh said. “It will help us ultimately steer away from the overdependency we have on ID matching from cookies.”

Speaking of moving on from cookies, The Trade Desk is in the midst of working on the next version of its Unified ID solution based on encrypted email addresses as opposed to third-party identifiers.

If Google moves, as it’s said it will, to kill third-party cookies in Chrome by 2022, Jeff Green, CEO of The Trade Desk, predicts that TTD’s Unified ID 2.0 initiative will achieve rapid industry adoption … although Green remains skeptical that Google will actually pull the trigger.

“I just don’t think you get to hide behind privacy and do something that is antitrust-y,” Green said, (coining a new term I hope catches on). “If I’m them, I want an ecosystem that does well so I’m showing the world there is a thriving ecosystem and no, I don’t have a monopoly and I’m not abusing my power.”

Even so, the future of addressable media is being discussed right now via industry bodies and in working groups within the World Wide Web Consortium, and publishers need to participate more, said Meredith’s Lesko.

“There are a lot of really smart people exploring solutions and they can use your help,” Lesko said. “Sit in on these meetings. There is a lot of ad tech representation, which is not surprising, but there needs to be more publisher input to help craft solutions – the landscape is changing, and it would be great to get more publishers involved.”

And the same goes for the buy side, said Matt Prohaska, CEO and principal of Prohaska Consulting.

“Make sure you’re getting involved with your favorite trade org – the IAB Tech Lab, PRAM and especially the W3C,” Prohaska said. “Make sure there are enough business folks in there to complement the work being done by the engineers.”