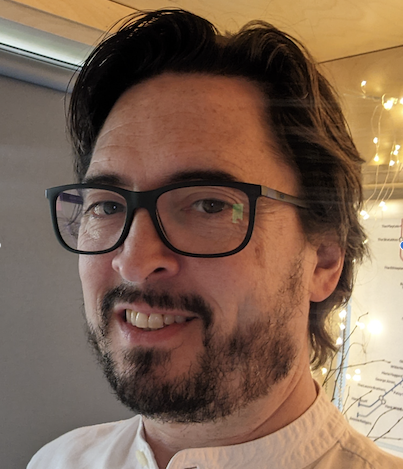 Steve Webb, the former global head of Facebook’s Audience Network, has joined Unity Technologies as VP of revenue for ads under its Operate division.

Webb’s first day was June 13 and he replaces Julie Shumaker, who was elevated to SVP of revenue for Unity’s Create division in October.

Part of what attracted Webb to Unity, he said, is the scale of its footprint. Every month, more than 3 billion people play at least one game that was built on the Unity engine, which gives Unity access to a large pool of data that feed its models and power its ads business.

Webb’s job will be to help Unity developers acquire and monetize users, including with both in-game ads and in-app purchases.

“The industry is moving towards a point where monetization is looked at in a more holistic way, so that insights happening on the supply side can better inform the acquisition side and vice versa,” Webb said.

Better collaboration between the buy side and the sell side is inevitable in the gaming space, where developers have to think about monetization as an ongoing part of the user experience.

“Commercialization is an integral part of how you progress through gaming content,” Webb said. “Players are always going to want to level up or get new stuff within a game, which means you have to think about the experience as a single package, as opposed to sales and monetization as something that happens off to the side.”

Rolling with the punches

“This is something the whole industry is going through, there’s no way around it – the context of the business is changing, and we’re no different,” Webb said. “And so we’re focusing on product innovation, speed and having good relationships with key players in the market.”

Still, the sailing hasn’t been smooth.

During the first quarter, Unity’s Operate revenue was negatively affected by issues with a proprietary product called Audience Pinpointer that uses machine learning to evaluate real-time in-app behavior at the moment of an ad request to help determine which bids are most likely to generate the best performance.

But performance suffered after Unity ingested and fed its algorithms with what CEO and president John Riccitiello called “bad data from a large customer.”

It was an “expensive issue, given that our Pinpointer tool experienced significant growth post the IDFA changes,” he said. Unity will take a roughly $110 million hit this year as a result.

Riccitiello told investors that it’s a top priority to fix the issue and be “more aggressive in self-correcting.”

Webb, who hadn’t yet joined Unity at the time of the company’s Q1 report, said he appreciated how transparent Unity’s leadership was about the problem.

“It was a hard message, but they were upfront with the marketplace,” Webb said. “The current business is strong, we had a strong quarter otherwise, and the impact was purely isolated to Operate.”

Unity is on track to achieve profitability in the fourth quarter of this year and be profitable for the full year of 2023.

After nearly two years as global lead for Audience Network, Webb spent around 10 months as Meta’s VP of sales and app monetization.

Webb, who’s based in London, was at Meta for more than seven years starting in 2015, initially as director of Atlas Solutions and marketing science. (In 2016, Facebook shut down Atlas, the ad serving and measurement platform it acquired from Microsoft in 2013.)

After that, Webb served as director of Facebook Publisher Solutions for EMEA, where it was his job to strike strategic partnerships with apps and game developers, news publishers and TV broadcasters to help drive adoption of Facebook’s Audience Network.

Before Facebook (SORRY, Meta), Webb spent nearly a decade at Google across multiple roles, including as director of global clients and agency services and as global agency business lead.