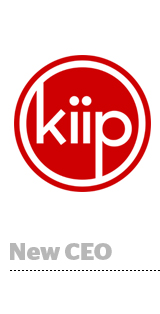 Jason Lapp, a longtime WPP and Kantar executive, is taking over as CEO of Kiip.

Last Friday, a grand jury indicted Brian Wong, the company’s founder and now former CEO, on charges of felony sexual assault related to an encounter during the SXSW festival in 2016. An arrest warrant was filed in January.

Wong has been on an indefinite leave of absence since Feb. 26 at the request of Kiip’s board. Kiip CRO Bill Alena had been serving as acting CEO until Lapp’s appointment last week.

“We are obviously aware of the allegations that have been made against Kiip founder and CEO Brian Wong,” the company said in a prepared statement. “As the allegations do not relate to Kiip employees or our workplace, we will let Brian and his counsel address these allegations.”

Lapp is so fresh in his role that he hasn’t even selected a desk at Kiip’s San Francisco headquarters yet, but a vision for his new company centered on growth is starting to coalesce.

“When you look at a startup that’s been around for eight years, there is a sense that things have been the same and the sense of a need for change to start to drive the business in a new and more energetic direction,” Lapp told AdExchanger.

Before joining Kiip, Lapp spent more than 13 years within the Kantar/WPP universe in various executive roles, most recently as chief growth officer responsible for sales, marketing and strategic initiatives for North America. Lapp had already been speaking with Kiip’s board about joining as an adviser, a process that began several months ago. The allegations against Wong presumably changed the tenor of those chats into a CEO offer, although Lapp declined to share any details on the timeline.

“It was a quick process for us to make this decision, but we’d been in discussions for a long time about me taking some operational role,” Lapp said.

Wong, now 27, has become almost inextricably associated with the company he founded at 19 in 2010, but Lapp has plans for a new dawn at Kiip.

“Any founder makes an imprint and that always remains,” he said. “My challenge is being bigger than that imprint, and I have the opportunity to start fresh.”

Lapp will first meet with partners and clients and get ready to make a few product announcements already in the pipeline.

Considering the situation, the mood at Kiip right now is “hopeful and energetic,” Lapp said, “and that’s fortunate for me. I’m hoping to carry that forward.”

Kiip, which has raised $32 million in funding since its start, has roughly 50 employees and offices in New York, San Francisco, Los Angeles, and Chicago.