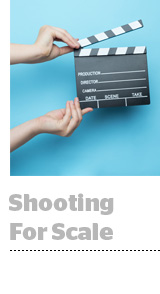 Problem is, internal creative teams lack the bandwidth to meet the demands of their colleagues in performance, said Justin Neustadter, head of mobile consumer acquisition at DoorDash. Quality video creative is expensive to produce, and outsourcing production and editing to external performance agencies often results in unusable assets that don’t meet brand guidelines.

“If you’re only able to test a small handful of concepts a year, creative fatigue sets in fast,” Neustadter said. “As a result, we’ve historically spent way less on video than we should be spending, and it’s forced us to skew toward static images or very short GIFs.”

For the last few months, DoorDash has been working with startup Ready Set to cut the fat from video production and maximize the volume of video that can be produced during a single shoot.

One of the reasons video production is so pricey today is because it’s woefully inefficient, said Ready Set CEO John Gargiulo, who co-founded the company with former Nanigans exec Sambou Makalou after a three-year stint as global product marketing lead at Airbnb. The company came out of stealth on Tuesday.

The way it’s usually done, brands rent studios and hire actors, directors and lighting and film crews for a day to shoot just one or two spots, Gargiulo said, while “most agencies and production companies don’t get out of bed for less than $100,000.”

But performance marketers don’t need Don Draper-style TV commercials, he said – they need lots of social-ready video content so they can test, learn and quickly iterate. Creative is fast becoming one of the last remaining optimization levers for UA people as Facebook and Google increasingly automate more of the user acquisition process through their respective ad networks.

Ready Set’s approach is to shoot as many videos as possible for different clients on the same day, usually around 30 in one go. On one extra-productive day a few months ago, Ready Set shot 82 videos in one day.

It’s still not cheap, but sharing resources and spreading fixed costs across so many ads can cost the client less. Ready Set also layers in services, such as resizing, recutting and other manual and menial editing and design tasks.

Roughly 90% of the video DoorDash is running across social channels was produced solely by Ready Set, Neustadter said. DoorDash is also using Ready Set’s services to support its work with national chains, including The Cheesecake Factory, Wendy’s and McDonald’s.

Last week, for example, DoorDash ran a promotion with McDs to give away 1 million 1-cent Big Macs. Ready Set acted as a consultant on the shoot in partnership with the creative agency DoorDash was working with to ensure the assets were shot properly and turned around quickly.

“We’re getting the scale we need now,” Neustadter said. “We have a fantastic [internal] brand team, but I might only get 20% of one person’s time to support all of our paid marketing and CRM, and at our scale, that just doesn’t work.”