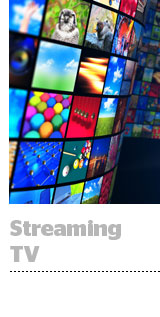 If AT&T TV’s service takes off, it will open up a new pool of OTT inventory for buyers. IP TV services can sell addressable ads and offer dynamic ad insertion.

AT&T TV is just one of the streaming services that AT&T will support. HBO Max will roll out in the spring, and DirecTV remains a priority, as does its current HBO offering.

“Those are the places we will put our shoulder and muscle going forward,” said AT&T CEO Randall Stephenson.

The services also set up AT&T to capture subscriptions from cord cutters who have left its cable or satellite TV services. The telco lost about a million pay TV customers in Q2.

In Q2, for example, AT&T lost 778,000 premium TV subscribers. Since AT&T has already identified a customer pool that wants a lower cost, internet delivered service, AT&T expects its customer acquisition cost for AT&T TV to be significantly lower than its other services. That reduction in marketing costs will be one way it sets a lower price on the service.

Content exclusivity will be a key part of AT&T’s subscriber acquisition and retention strategy, including for HBO Max. NFL Sunday Ticket for instance has long helped DirecTV maintain its subscriber base. AT&T will find ways to provide exclusive sports in HBO Max and also exclusive news events.

Owning content also shields AT&T from the headaches of acquiring programming from other providers. DirecTV for instance currently isn’t carrying CBS and Nexstar, because of pricing disagreements, and AT&T didn’t want to pass those costs onto its customers.

AT&T didn’t highlight Xandr on the call, but the addressable TV and programmatic ad business increased revenue 24% to $485 million.

Operating costs rose to $160 million from $101 million. Costs of running AppNexus were part of that increase, as were higher costs of scaling the business and growing revenue.