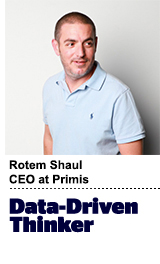 Today’s column is written by Rotem Shaul, CEO at Primis.

There were hundreds of DSPs, and a publisher needed an SSP to work with all of them. Even though the largest DSPs created most of the revenue, there were many smaller DSPs that played an integral role by increasing bid density, which drove up pricing, even though they won less. The heavy competition was the only way to get the best prices in a second-price auction.

A publisher, no matter how big, had no reason to create direct relationships with DSPs, because each DSP only represented a small percentage of advertiser dollars.

Now, with the transition to first-price auctions and consolidation, we are in danger of going back to the dark days of ad networks, when ad tech companies serve both sides – publishers and advertisers – and the power balance will be lost.

With first-price auctions, there is no need for several bids on each impression, as the DSP that bids highest will win and pay the exact amount of the bid. The second-place bid will not impact the clearing price.

At the same time, there have been many acquisitions and a general consolidation in the ad tech industry, especially among DSPs. As DSPs consolidate, the remaining players grow their market share, creating an opportunity for publishers to work with fewer partners yet still have access to the same amount of demand.

In my experience, the top 10 DSPs account for most of the revenue, and the trend continues every year. This creates a strong incentive for publishers and DSPs to work together directly and cut out SSPs. Big publishers, which generate most of the revenue for SSPs and have enough resources, will have no problem connecting to the main DSPs directly.

Prebid and EBDA promote the disruption

It used to be hard for publishers to create RTB tech to connect directly with big DSPs. Meanwhile DSPs were hard-pressed to create the RTB tech that could connect with dozens or maybe hundreds of publishers. But today, with the introduction and wide adoption of Prebid and exchange bidding in dynamic allocation (EBDA), those roadblocks have disappeared.

Creating an adapter for Prebid or integrating via EBDA may be easy for DSPs. From that point, publishers that are already using those integrations can connect to them. The tech barrier has been removed.

A factor that is accelerating this process is pathway transparency and supply-path optimization (SPO). With sellers.json, DSPs now know exactly who their end suppliers are and the exact value of their traffic to advertisers. Add to that the strong SPO pressures from advertisers who want to cut rates, and the result can be DSPs removing any player they choose in order to cut costs.

A race to the bottom

Once one DSP decides to gain competitive advantage by going direct to publishers, other DSPs will follow. This will lead DSPs to become more like ad networks.

An ad network is defined as a company that connects advertisers to websites that want to host ads. So if DSPs work directly with publishers, they will resemble ad networks because they will serve competing interests: the buy side and the sell side. In my opinion, sending the industry back to the ad network era would be a race to the bottom, as DSPs move to work directly with publishes and try to gain market share. The healthy power balance of the industry would be lost.

With a merged company that serves both sides, advertisers and publishers will each lose out on knowledgeable partners who are dedicated to their own needs while demanding transparency and accountability from the other side.

Ultimately, if SSPs and DSPs go into battle, a few strong SSPs would manage to go direct to brands in the same way that large DSPs will work directly with publishers. In that case, the companies that can’t adapt will close, and the outcome will result in a bunch of ad networks, which used to be SSPs and DSPs, trying to represent both the supply and demand sides simultaneously. Or, in other words, our industry will be sent a decade back in time.

Over the next couple of years, the industry will be tested, and the stakes will be great. SSPs and DSPs have an incentive to work directly with brands and publishers, respectively, but the industry at large would see greater benefit from keeping the status quo.