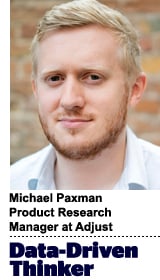 Mobile marketing is firing on all cylinders, with mobile ad spend pegged to hit $232.34 billion in 2019. This marks the first time that more than one-third of ad dollars worldwide will go to mobile.

The not-so-good news: App marketers are spending money without knowing if their new users represent a win for their strategy or a drain on their budget. This might be because they’re paying for users they might have gotten for free. Or did they?

It’s a tough question, but critical to answer if app companies and marketers want to see dividends from the increased effort and budget they invest in mobile marketing. To avoid paying for users that they already owned, marketers must be relentless in how they examine the data.

It’s all about K-Factor

Say an app brings in 2,000 new organic users per day, and its marketers want to harness paid channels to drive an additional 200 users per day to install. So they run their campaign, and their attribution provider confirms that they drove 200 new users via this campaign. The campaign was, by all definitions, a success: It drove the target number of conversions.

If they stop their analysis here, however, they’re assuming those users wouldn’t have discovered the app by themselves. To avoid this oversight, app marketers should also analyze the impact the campaign had on their organic numbers. If they remained the same and did not change during the campaign, then the campaign was indeed a success since their paid K-Factor – the measure of organic installs affected by paid installs – is positive. But if it dropped, then they’ve probably just cannibalized their organics. To make matters worse, they also won’t know which of those 200 new users would have converted anyway.

This is incrementality testing at its simplest, but there’s more that can be done to build on this foundation. For example, app companies look at where their standard organic activity takes place and see how the K-Factor of their advertising varies from region to region. Perhaps Japanese users only respond to paid initiatives while American users will make their way to the app by themselves. How this analysis is performed is up to the app company, but incrementality testing requires a lot of strategizing.

An easy strategy to implement to help app publishers understand the scope of the issue is simply knowing their organics. Understanding the effectiveness of marketing requires companies to first know how what happens when they don’t market at all. It’s tempting to roll out huge marketing campaigns the second an app hits the app store, and doing so can help hammer home any pre-launch promotion. App companies should, however, set time aside to pause all campaigns and get a handle on their organic activity. Organics can change over time, so it pays to check back every few months to keep calculations up to date.

Companies shouldn’t overemphasize installs. It’s important not to measure success by the install numbers from a dashboard. Instead, app marketers should evaluate by how many additional installs they gained over their organic baseline. Calculating from this will equip them to make more informed decisions when optimizing channels, creatives and audience segments.

And if app marketers value big numbers over everything else, they essentially incentivize their UA managers to ignore organic cannibalization. They should align their team’s strategy around both the acquisition of more users and maintenance of their organic baseline. It’s a surefire way to make more out of their money, not burn it.

Fundamental to being successful with incrementality testing is knowing how much money is paid for users. App companies won’t know this benchmark if they bundle organics into paid channel analytics. So, they must take the time to understand their audience and change their strategy to match accordingly. That way, they’ll avoid ever having to pay for users they already had.