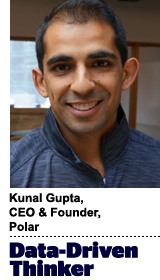 Several political, business and tech leaders have called for the break up of Facebook, usually suggesting that Facebook split its core social networking app from Instagram, Facebook Messenger and WhatsApp. I do not think this strategy would work and envision a different approach.

I would separate Facebook’s consumer business from its advertising business. I will refer to them as Consumer NewCo and Advertising NewCo.

Consumer NewCo would be its set of consumer apps that help “make the world more open and connected,” to quote CEO Mark Zuckerberg. This is the suite of apps that we know as Facebook, Instagram, Messenger and WhatsApp. There are more than a handful of serious challenges that need to be addressed for Consumer NewCo, such as toxic content, election meddling, digital wellness, user data, privacy and online safety, to name a few.

With Mark Zuckerberg as CEO of Consumer NewCo, this business’s mission is to connect the world. But right now, it has to help save the world from itself. It is not an easy task to moderate the internet, however I believe that Consumer NewCo can attract talented and bright people to make this mission a reality and address its issues.

If Instagram, WhatsApp and Messenger were all independent companies and used Facebook’s login, Facebook’s core social networking app would still have access to all of their data, alongside the data it would collect from tens of thousands of other digital products and services that also use the Facebook login. Google is no different. When you log in to any service with a Gmail ID, use Google Maps, the Chrome Browser or are on an Android device, Google is tracking you. Apple is the knight in shining armor, trying to help us but won’t be able to save us all. It recently announced a login service for third-party apps to use as a privacy-safe alternative to Facebook and Google. Once widely adopted within the iOS ecosystem, Facebook and Google’s spying abilities will be hindered. However, unless we all buy $1,000 iPhones and use Safari exclusively on our laptops, Facebook’s footprint to watch our online activity will continue to be vast.

Having Facebook’s apps not connected to each other would lead to an even greater fragmentation for consumers. The interoperability that Facebook is working on to combine messaging between Facebook Messenger, Instagram and WhatsApp will make communication more efficient, streamlined and secure. The average consumer’s phone today may have some combination of Facebook, Instagram, Messenger, WhatsApp, iOS messages, Snapchat, Twitter, TikTok and more. If all of these were closed ecosystems, it would be like us speaking English, French, Mandarin, Spanish and Arabic within the same classroom, courtroom or boardroom.

This is why keeping Facebook’s consumer apps all under Consumer NewCo makes sense.

Advertising NewCo has a head start, as its tools are already best in class, such as attribution, optimization, ad formats and self-serve workflow tools. Brands would use Advertising NewCo to run ads anywhere, be it on Consumer NewCo apps, YouTube, The New York Times, CBS Sports coverage on TV, Candy Crush or on Spotify. Maybe Sheryl Sandberg would consider taking the CEO role of Advertising NewCo.

Breaking Facebook into separate companies would clearly require breaking up teams, which should help create a handful of new high-paying tech jobs. If Facebook were to break up its consumer apps, as proposed by many political and business leaders, the talent inside each of these entities would know too much about the others. Trade secrets and intellectual property like data models, security vulnerabilities, optimization algorithms, user behavior and insights would make it difficult for them to avoid preying on each other’s weaknesses.

However the breakup model that I envision is like putting the football players on one team and the basketball players on another team. Consumer NewCo’s talent would focus on building great products that provide value to the end user above all. Core teams would include engineering, product, consumer marketing, infrastructure, data protection, security and privacy.

Digital advertising is now a $333 billion market, and this year for the first time represents more than half of the total ad market. The proposed breakup would enable Advertising NewCo to help brands allocate all $600 billion of their spend, and Consumer NewCo would accept ads from any ad tech platform. The combined market capitalization of Consumer NewCo and Advertising NewCo as independent businesses would likely be larger than Facebook today, creating more value for shareholders and more importantly, doing so in a way that is trusted.

Separating the consumer apps from the advertising platform would allow Facebook to disintermediate itself to create more value for the entire ecosystem – and itself.