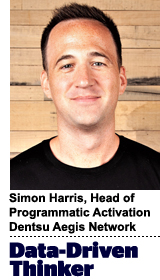 It is usually this time of year when industry experts get nostalgic and look back or look forward and make bold predictions about the state of the market in the months to come.

As someone who makes a living from running programmatic campaigns, I wanted to do something a little different: make a Christmas wish list jammed full of things that would make running campaigns better, safer and more efficient.

Whereas Ads.txt defines a seller as authorized, Ads.cert will define an impression as authentic through cryptography.

Soon, publishers will be able to include an encrypted signature with an impression, which a buyer can match to a public key and confirm the inventory is genuine. This will be more challenging to tackle than Ads.txt because Ads.cert is a feature included in Open RTB 3.0 and will require significant engineering resources across the ecosystem to implement.

My first wish this holiday season is that the key players in the industry see this for what it is – an opportunity to take a giant leap forward – and then move heaven and earth to quickly put the feature into action. By doing so they will be building on the solid foundations of Ads.txt and creating a safer buying environment than has been previously possible.

Buyers don’t always use an algorithm to trade media. Often, fixed bidding works well in complicated trading environments, or where conversion volume is low, bid modifiers allow buyers using fixed bidding to change the amounts they want to pay for specific devices or users without resorting to hundreds of individual strategies.

Buyers would love for demand-side platforms to enable bid modifiers that would allow us to disintermediate inventory resellers. These resellers sometimes add value but oftentimes do not, so a bid modifier based on the information in an Ads.txt file would allow buyers to combat this.

A pivot from viewability to viewable CPM (vCPM)

People have become obsessed with viewability percentages, which, on their own, only tell part of the story.

Advertisers should ultimately care about the cost of putting ads that are seen in front of their audience, so a vCPM is a much more relevant measure of success. For us to move the viewability conversation forward, view-based impression tracking needs to become a standard UI-based report – another feature that’d be high up on traders’ and analysts’ Christmas wish lists.

Consumers live in an always-on world, starting a task on one platform and finishing it on another. That’s not hyperbole – that’s reality.

Reality for attribution is somewhat different. We live in a world where attribution is largely bound to individual browsers. So, next up on my Christmas wish list is that in 2019, Google, which holds about 75% of the market, makes cross-device reporting its default reporting model and not an option.

As the dominant force in ad serving, it has a massive opportunity to nudge the market in the right direction, but if that’s a step too far, introducing probabilistic reporting for browsers where cookies don’t work – in Safari post-ITP2, for example ­– would be a well-received Christmas bonus.

The Trade Desk recently reported that connected TV grew by more than a 10X multiple year over year on its platform as more over-the-top and other premium inventory moves into the programmatic ecosystem. This makes charging publishers a percentage of media for transactions seem unreasonable.

My final Christmas wish is for exchanges to move toward either an SaaS model for usage or charging publishers on a CPM basis.

Some may think that this will require a Christmas miracle but efforts by SSPs like PubMatic to change charging models already foreshadow the direction their competitors will take.