Retail media has taken the marketing and advertising world by storm. And we have reasons – actually, 30 billion reasons – why we believe its ascent is only beginning. According to eMarketer’s latest forecast, advertising spend could exceed $30 billion next year, up from $18.7 billion in 2020. But what does that mean for today’s marketers and advertisers, and what trends can they expect to see in 2022? Let’s pare down from 30 billion and just focus on three critical predictions for retail media advertising next year.

Retail media video advertising won’t be limited to sponsored video ads that replace static posts. Major retailers, including Walmart, Amazon and Albertsons, have already adopted a live commerce strategy. Expect to see many other retailers embrace the format, too. 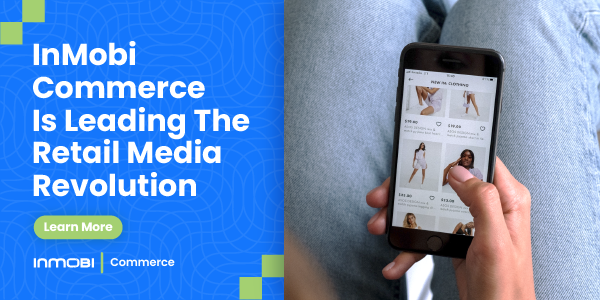 We predict that retailers who currently work with a single supply-side platform will integrate with multiple retail media networks, solution providers and/or retail demand-side platforms (DSPs) to fully maximize the demand for their retail ad inventory and customer access. Because each partner specializes in different ad formats or target accounts, retailers can uncover revenue from more sources to grow year-over-year revenue.

Marketers, particularly shopper marketers, are drawn to retail media because of the access to valuable, first-party consumer data. They’re able to target consumers most likely to purchase their product as those consumers actively browse a retailer’s site intent on making a purchase. With the right retail media partner, marketers can tie the purchase to media exposure.

To capture budgets from smaller brands with leaner teams and resources, retailers will have to develop solutions like self-serve ad platforms, which allow brands to optimize their media for revenue goals instead of clicks or impressions. All marketers want their media spends to drive revenue, but smaller brands with smaller budgets have to prove their spends move the needle to unlock more funds.

Even as consumers begin shopping in person again, ecommerce remains set to see major growth in 2022. As a result, retailers should think like publishers and monetize their digital shopping channels through retail media. In 2022, this space will mature to become a more standardized advertising option, with a wider variety of tools and options for both brands and retailers.