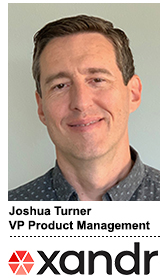 As upfronts season approaches, programmatic guaranteed promises to play a major role in the conversation in ways never thought possible a few years ago. While once considered a pipe dream, programmatic technology has evolved, garnering the ability to instill full confidence in highly predictable delivery among all marketplace participants. How did this happen? Let’s start from the beginning.

Born just over a decade ago, programmatic advertising began squarely in the digital space, as a heavily tech-enabled solution for some distinctly digital challenges. For media owners at the time, the need was rooted in having large quantities of unsold inventory, requiring scaled ways of selling beyond the bounds of classic direct relationships. For buyers, once this unsold inventory was accessible in aggregate across sellers, it opened a wide range of possibilities for granular targeting at scale and for performance-based buying models serving bottom-of-the-funnel objectives.

Underpinning this new way of buying and selling was some revolutionary purpose-built technology. A new kind of massively scaled infrastructure was designed, enabling this intersection of bulk selling with needle-in-a-haystack buying. Less understood at the time, the mechanisms built to enable these transactions laid the foundation for a much broader set of potential use cases. This left the door ajar for the eventual introduction of familiar relationship-based buying and selling, on top of this new technology.

Over time, household-name brands and agencies built a presence in programmatic, drawn in by the massive power it afforded in visibility, control and scale. In turn, major sellers saw an opportunity to make their premium inventory available in the programmatic marketplace, working with familiar buyers and delivering rates in line with existing direct selling activity. This changed the profile of activity in programmatic. It rapidly became apparent that programmatic did not need to be limited to its early use cases, but actually provided the ability to execute direct, relationship-based buying and selling with a turbo-charged toolset. 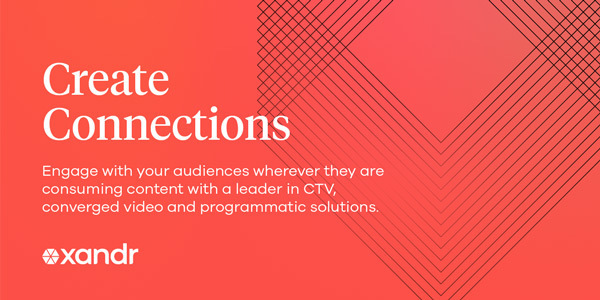 The evolution began with direct, non-guaranteed deals between buyers and sellers, usually providing some level of negotiated rates or negotiated access to inventory. These kinds of deals grew at a break-neck pace, but in parallel, innovation was underway on the next step toward delivering a complete direct selling solution.

The real-time bidding protocol that sits at the core of programmatic is notably extensible – and quite capable of supporting many different transaction models beyond the auctions it’s often associated with. It was a natural evolution to bring more predictability and commitment into these deal models, while still executing over programmatic pipes. Programmatic guaranteed had arrived.

Now, this model enables buyers and sellers to agree to a fixed number of impressions at a guaranteed price, with each using their respective programmatic platforms to deliver in tight coordination. Sellers are confident that their inventory will bring predictable revenue and buyers are confident that they’re reaching premium inventory and spending allocated budgets in a brand safe and efficient way. Today, US marketers are allocating 33% of programmatic budgets to programmatic guaranteed, and as its benefits come to light amid the rapid growth of CTV this number is only likely to increase.

From a broad industry-wide perspective, many developed advertising channels use models and agreements that look quite similar. Linear TV, radio and print all have variants of a guaranteed delivery model – upfront commitments to buy and sell agreed inventory and guaranteed audience reach with a fixed price over a fixed period. There may be new jargon and acronyms and tech to learn, but the path to digital – and even to programmatic execution – is a lot more familiar than many would expect.

Streaming and the digitization of television viewing is now calling for the same shift that print and radio underwent years ago, but it’s happening at a time when programmatic has reached its maturity. Not only does this shift bring a more efficient, transparent and precise way to accomplish advertising goals, but the powerful technology behind it brings reliable tools for predictable execution.

These worlds are on a collision course as upfronts season rapidly approaches, and programmatic guaranteed will be at the center of the conversation. The demand for more precise audience targeting against linear budgets will continue to impact the way budgets are distributed. These budgets will be forced to “work harder” to keep up with the digital targeting model. As a result, applying the precision and efficiencies of programmatic across all formats will become an appealing transaction method of choice for buyers.

We’re now entering a new era in our industry where programmatic is no longer a separate channel, but rather a different method of executing the same kinds of buying and selling that have existed for many decades. With this new method comes a new level of visibility and control never before possible for both buyers and sellers. On its current trajectory, programmatic delivery – with all the benefits it drives – could soon become the default mechanism for the buying and selling of all inventory types as they move to digital.