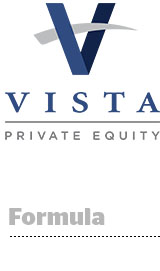 Vista Equity Partners, which owns a majority stake in Integral Ad Science and Mediaocean and took Marketo private, uses a 110-point formula to revamp software companies, The Wall Street Journal explains. Vista cuts people costs by focusing on recent grads who score high on intelligence tests but lack experience. It also moves operations to cheaper cities with lower salaries. Current employees must take intelligence and personality tests, and results factor into further promotions. On the business side, Vista will redo contracts to add automatic price increases and renewals. The end game? Operating margins go from 20% to 50% in a matter of years. Read more.

Streaming TV startup Philo raised $40 million, bringing its total to more than $90 million. AMC Networks, Discovery and Viacom contributed to the latest round, Variety reports. The “low-cost” OTT platform says its service – which offers “skinny bundle” TV subscriptions at a low rate because it excludes sports programming – is also expanding to Apple TV and Amazon Fire TV. CEO Andrew McCollum said the latest influx of cash will be poured into marketing. “One comment I get is, people say they love Philo but they’re surprised they don’t see it come out more in advertising,” he said. “That will change with this funding.” More.

Money Out, Money In

MediaMath raised $225 million from PE firm Searchlight Capital Partners, according to The Wall Street Journal and Business Insider. Part of that infusion will be used to buy out a previous investor, Safeguard Scientifics, which had been trying to sell since January, when it laid off half its staff. Safeguard didn’t divest itself entirely of MediaMath, though it did sell 39.1% of its stake back to the ad tech vendor for $45 million in cash. Besides buying out Safeguard, MediaMath also plans to invest in AI and consider acquisitions. Read more.

Advertisers signed reams of confusing contract addendums and data processing agreements before GDPR went into effect in May. Now they’re worried these documents don’t give them enough protection as data controllers and they may be left holding the bag if third-party processor partners violate the law, Digiday reports. “It’s inevitable that the DPAs written by a publisher or an agency, for example, will represent their data processor perspective,” said Matt Green, global lead for media and digital at the World Federation of Advertisers. Then again, one law firm exec tells Digiday that some brands used their DPAs as an excuse to send out long addenda of their own, which certain agencies signed without reading. Those agencies then sent out their own processor-friendly DPAs, some of which are still being negotiated even though it’s more than a month past the compliance deadline. GDPR confusion continues.