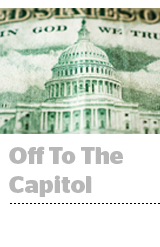 The ANA, 4As, IAB and the Network Advertising Initiative have launched a national privacy law advocacy group. The trade coalition, called Privacy for America, is a direct response to the California Consumer Privacy Protection Act and other potential state regulations that target online advertising. Federal lawmakers are working on a privacy bill but are split on how strict it should be and whether it should preempt the California law, Reuters reports. The new advocacy group is pushing for a Protection Bureau within the FTC that would oversee privacy enforcement. The plan is to release a more formalized framework for lawmakers by the end of this month or early next. “This is our No. 1 government relations goal, and it’s also a top priority for many, many of our members,” Dan Jaffe, the ANA’s EVP of government relations, tells AdExchanger. But some privacy experts are unimpressed. “They’re picking some already-on-the-ground fruit,” says Justin Brookman, an FTC vet and privacy advocate with Consumer Reports. “It looks like the existing self-regulatory rules that they’ve had in place for years that didn’t work that well.” More.

For years, Disney has wrestled with the pros and cons of licensing content to Netflix. Disney was selling Netflix “the bullets” to fire on its cable TV business, said Disney COO Tom Staggs in 2015. But Disney chief Bob Iger was reluctant to forgo licensing deals because the multibillion-dollar revenue stream helped it hit quarterly numbers, The Information reports. That dynamic flipped in 2017, when Disney announced its own streaming bundle, Disney+, and said it would eventually pull all content from Netflix. But is it too late even for the world’s largest TV and studio entertainment companies to win cord cutter subscriptions? Netflix, like Amazon, has convinced investors that its unprofitability will eventually pay off in the form of scaled, high-retention subscriber bases. Disney is burdened by its investors’ demands for quarterly growth and yearly dividends. “It seems they are willing to invest, but the problem or threat for Disney is how tolerant will investors be of margin erosion,” says Brian Wieser, GroupM’s global president of business intelligence. More.

Flashtalking announced plans to expand its international operations “to support its Adobe partnership and growing worldwide business.” Read the release. Thunder, another independent ad server, said that it’s accelerating its international growth plans because Sizmek’s bankruptcy puts accounts up for grabs. Flashtalking doesn’t cite Sizmek here, but the company does point to Adobe as a driver of its international ad server growth – and that’s like a shot across the bow. Adobe is considered one of the likeliest and deepest-pocketed potential acquirers of Sizmek’s ad server. And Sizmek certainly wants Adobe in the running to drive up prices for everyone else. But Flashtalking also has a key strategic partnership with Adobe. Although Sizmek’s bankruptcy is a huge windfall for Flashtalking, the relationship with Adobe could turn sour if the latter ends up buying Sizmek’s ad server footprint.