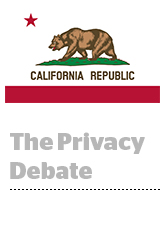 The California Consumer Privacy Act rode a well-intentioned wave of activism into law but is out of sync with modern marketing, argues Ray Kingman at Ad Age. A company violates the law if it buys, sells or shares personal information of 50,000 residents who have opted out of data use. But 50,000 leads is inconsequential at the scale of prospecting data today, so third-party data providers risk exposing companies to infractions. “Is a targeted ad from your local grocer worse than the daily nonsense email updates from your Facebook feed?” The CCPA will funnel prospecting budgets to scaled first-party platforms like Google, Facebook and Amazon. More. California’s law is a softened version of GDPR in many respects, but it takes a more expansive definition of personal information to include browsing and search history and “inferences drawn from certain data,” Gary Kibel of law firm Davis & Gilbert writes in a column for AdExchanger.

The online luxury fashion marketplace Farfetch filed to go public on the New York Stock Exchange. Last year, the Chinese ecommerce giant JD.com invested $397 million in UK-based Farfetch, and the startup is expected to exceed $1 billion valuation, reports the Financial Times. The company has pioneered a new market for luxury brands hesitant to sell with Amazon and big-box chains that could sully their branding (and disadvantage their high margins). “Farfetch is the leading technology platform for the global luxury fashion industry,” the company wrote in its prospectus. “We are redefining how fashion is bought and sold through technology, data and innovation.” More.