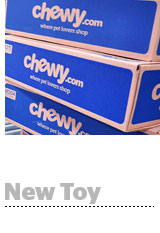 Traditional retailers have been gobbling up ecommerce companies for months, but PetSmart’s $3.4 billion acquisition of pet food and product site Chewy.com is the biggest one yet. To be fair, it only surpasses Walmart’s $3.3 billion acquisition of Jet.com by a hair, but it’s a huge chunk of cash for PetSmart, which was valued at $8.7 billion in 2015. (Jet.com represented a small fraction of Walmart’s total revenue.) As one of the fastest-growing ecommerce sites with $900 million in revenue last year, PetSmart is betting that Chewy.com is worth the bite. More at Recode.

Ad Age’s Kate Kaye explores whether vendors claiming to provide AI solutions are legit or peddling snake oil. AI crunches and continuously learns from huge streams of unstructured data to make decisions and predictions, like the human brain. Machine learning, which advertisers have been using for years, just processes big data without the continuous learning and decision-making part [AdExchanger coverage]. Companies with machine learning solutions are rebranding their products under the catch-all of AI because machine learning “is not as sexy to put on your web page,” said Philippe Botteri, partner at venture firm Accel. But that’s false advertising, as the underpinning of these technologies are rules-based and require structured data to work. More.

Cloudy With A Chance Of Ads

An integration between LiveRamp and the Weather Co., IBM’s consumer app and data sandbox, will allow ads to be targeted around real-time local weather information. Weather can be a powerful driver or indicator of business. On any given day, urban lunch rushes, moods and consumer patterns are dictated by the weather. In a news release, the Weather Co. touts longer-term branding potential, like an auto campaign promoting superior driving performance during a snowstorm.

Apple News is emerging as an unlikely friend to publishers that feel neglected by other platforms. Unlikely because Apple’s privacy standards have previously been difficult for advertisers and publishers to work with [AdExchanger coverage]. But in the past year, Apple juiced up the Apple News app and its home page news alert service (and outsourced advertising to NBCU). “Publishers like Mic and The Washington Post have seen that when they invest time and energy in Apple News, Apple returns the favor,” reports Lucia Moses at Digiday. Publishers aren’t sure if Apple News can be a scaled media platform to rival Facebook or Google, but they definitely want someone to try. More.

The FTC sent 90 letters to remind influencers and brands to clearly mark sponsored social content. It’s the first time the FTC has reached out to influencers itself, catalyzed by the fact that Instagram’s mobile app users only see the first three lines of a post unless they click “more,” which “many may not do,” the FTC wrote in a release. The FTC also took issue with how influencers were disclosing promotions. Users, for example, are unlikely to take note of a disclosure if it’s buried in a string of hashtags and abbreviated to “#sp” or “Thanks [brand].” Read the release.