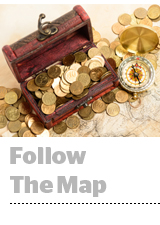 Google Maps is ramping up its revenue. Google has raised prices for businesses and other tech companies that license the Google Maps location infrastructure, Ad Age reports. On top of that, the platform has much more prominent in-app sponsorships available now and shows paid listings for nearby or on-the-way locations while users are navigating a trip. “Sometimes I say the most undermonetized asset that I cover is Google Maps,” said Morgan Stanley analyst Brian Nowak at a recent conference. “It’s almost like a utility where it’s kind of waiting for you to flip the switch on.” More. Waze, Google’s other mapping and directions app, is also cranking up revenue with an announcement Wednesday that it will begin making programmatic inventory available on DV360, Google’s DSP. AdExchanger has more.

Facebook is updating its brand safety controls and introducing an inventory filter that gives buyers more control over where their ads run across Audience Network, Facebook in-stream video and Instant Articles. Starting over the next few weeks, advertisers will be able to choose from three filter options based on their risk-tolerance level. Limited inventory offers “maximum protection;” standard inventory provides “moderate protection” (it’s also the default setting); and for the devil-may-care buyers out there, full inventory allows ads to be delivered to all eligible content. What does that mean in practice? Let’s use the example of strong language. The limited inventory setting means that ads will only appear where there’s no strong language; standard will allow “a few instances” of strong language; and with full, all bets are off. The filters should be fully up and running by the end of May. Read the blog post.

The Dems are one step closer to their goal of bringing back net neutrality. On Wednesday, the House passed legislation that guarantees all broadband users equal access to content, regardless of which provider they subscribe to. The Save The Internet Act faces opposition by Republicans in the senate, however, with Senate Majority Leader Mitch McConnell saying the bill was “dead on arrival,” The New York Times reports. “Some in Congress are trying to give the government more control again, applying utility-style regulations that would threaten the internet as we know it,” Sen. Roger Wicker, R-MS, told the senate last week. “We should reject these efforts.” More.