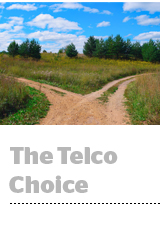 The Road Not Taken

Update: Verizon Media has confirmed with AdExchanger that Verizon currently has no plans to stop sharing data with its subsidiary. Read the AdExchanger story.

Verizon closed the door on the idea of using subscriber data to augment the media and advertising subsidiary Verizon Media, which recently rebranded from Oath. The media businesses “need to survive on their merits,” CEO Hans Vestberg tells Axios. More. Verizon’s original premise for AOL and Yahoo was to beef up the inventory and ad tech with its data assets. After that strategy didn’t materialize, key leaders Marni Walden and Tim Armstrong left the company. Verizon’s caution on data contrasts sharply with arch-rival AT&T, which has already moved to enhance Turner inventory with its data. AdExchanger has more on that.

IAC-owned Dotdash is on a tear. The publisher of search-driven websites such as TripSavvy, The Spruce and Verywell has acquired two new sites in the beauty category, The Wall Street Journal reports. The acquisitions follow a year in which Dotdash revenue surpassed $100 million, leading IAC to break out the group’s financials in its earnings. At a time when social appears to have fallen from grace as a traffic referrer, Dotdash’s momentum speaks to a growing opportunity for content providers to serve consumers who are actively searching for their content. More. Related: Hear Vogel on the AdExchanger Talks podcast.

Snap stock dipped on Wednesday, ending a strong rally to start the year. Snap shares are down about 70% since the company’s peak last February, Bloomberg reports. The recent tumble came as investment bank Jefferies downgraded the company in a report that dinged each of the big social media stocks (Facebook, Twitter and Snap), but Snapchat faces particular headwinds because it’s unprofitable and more vulnerable to Facebook and Instagram. “We are lowering our user estimates for each platform as they take health and safety initiatives into 2019,” writes analyst Brent Thill. “We continue to believe that FB is best positioned at current valuations and see upside for Snap if they can follow some easy steps to clarify the story and clean up communication.” More.

Stock market woes are also impacting some hotly anticipated IPOs, namely Pinterest. Facebook, Twitter and Snapchat have gone from trading at 12 to 16 times revenue last year to seven or eight times revenue now, shaving billions from Pinterest’s potential market cap in the process. Some Pinterest stakeholders want to frame the company as a search and purchase intent ad platform, more like Google or Amazon than Facebook, The Information reports. But Google trades at an even lower revenue multiple than Facebook. Regardless, Pinterest will be greeted skeptically compared to Snapchat, which was the biggest US IPO of 2017. “The shine has come off a lot of these names,” says Brian Wieser, Pivotal Research Group’s senior analyst. More.