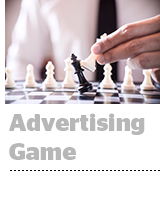 Online, Off The Fence

Liberal media buyers and advocacy groups who say online advertising proved its worth in this year’s midterm elections are pressing for Democrats to ramp up their digital spend for the next presidential cycle, reports the Associated Press. Democrats outspent Republicans on Facebook this year; Texas Senate candidate Beto O’Rourke’s campaign tipped the scales alone with more than $8 million. But, they still overspent on TV audiences that skew older and whiter (and thus more conservative), said Tim Lim, a fellow at Georgetown’s Institute of Politics and Democratic digital media vet. Democrats spend heavily on lead generation and fundraising, according to Michael Duncan, partner at the conservative media strategy firm Cavalry LLC. “But when it comes to persuasion (of undecided voters), video overall – and Google specifically – are better platforms.” More. AdExchanger has more on liberal digital media specialists who are agitating for Democratic candidates and committees to spend more on online persuasion efforts.

BuzzFeed hopes its ecommerce product group will become a bigger part of the company’s overall revenue, as staid ad formats plateau or siphon to the duopoly. The 65-person ecommerce team has generated about $50 million in sales and advertising this year, BuzzFeed’s chief commerce officer, Ben Kaufman, tells Bloomberg. The group takes a more consultative approach – identifying opportunities in the market and working with brands on products that fit, like a summer beach kit with Maybelline or a subscription houseplant service to help Scotts cultivate would-be gardeners. The business gives BuzzFeed a chance to earn a cut of transactions, as well as the ad revenue boost – but it’s labor intensive, so profitability is tough to scale. “Retailers are trying to be media companies, and media companies are trying to be retailers,” Kaufman said. “Everyone is playing, but I don’t think anyone is playing as aggressively as we are.” More.

YouTube has quietly begun licensing movies for ad-supported viewing. The movies available so far are the mass-marketed types common on TV, like “Rocky,” “Legally Blonde” and “The Terminator,” Ad Age reports. YouTube did not disclose the terms of its studio content deals or if it splits ad revenue. But, the idea could be a winner on two fronts: YouTube wants to develop TV-like viewing habits and fill some of the unmet demand for premium video advertising inventory. Eventually, the service could give advertisers a way to sponsor movies, said YouTube’s director of product management, Rohit Dhawan, so people don’t have to buy or rent titles from other streaming platforms. More.