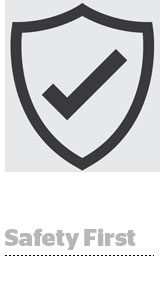 In addition to pulling its ads from YouTube, as many big brands have done in recent days, JPMorgan Chase also culled the number of sites where it runs ads from 400,000 to just 5,000, The New York Times reports. According to CMO Kristin Lemkau, “It’s only been a few days, but we haven’t seen any deterioration on our performance metrics.” The gruntwork involved is considerable. Real people manually checked each of the 5,000 pre-approved websites where its ads are now authorized to run, and the company plans to curate a list of 1,000 “human-checked” channels on YouTube. More.

Digital media publisher Mic will roll out nine new brands, Mike Shields reports for The Wall Street Journal. The brands, which zero in on topics from women’s issues to personal finance, were born out of organic traffic from editorial and social experiments. Women-focused Slay, for example, gained popularity on Instagram when followers spiked to 26,000 this year; personal finance brand Payoff gained followers via a newsletter and podcast. Mic thinks the sister brands will fare better than new sections on its flagship property. “We didn’t want to dilute the brand by just having a number of channels on Mic.com,” said Chris Altchek, co-founder and CEO of Mic. So far, Discover, Goldman Sachs, Hulu and Mercedes are on board as advertisers. More.

Reddit redesigned its ad-buying interface and some of its policies, per a company post. Advertisers will now be able to run multicreative campaigns, get reporting on eCPM, eCPC and CTR metrics and won’t have to pay to top up campaigns on the go. The new system is “rebuilt from the ground up” – even to the point that both platforms will continue running campaigns until the old one is discontinued in a few months and current campaigns can’t be migrated to the new system. Reddit’s community is highly sensitive to privacy and ad tracking, and it appears that user-level targeting is still off the table. Related: Read AdExchanger’s November 2016 profile of Reddit’s ad business.

Amazon is cutting 260 jobs from its Quidsi ecommerce business and will shut down Diapers.com, Soap.com and other Quidsi online markets it acquired in 2011 for more than $500 million. "We have worked extremely hard for the past seven years to get Quidsi to be profitable, and unfortunately, we have not been able to do so," Amazon says in a statement. It could also be seen as a distant parting shot at Marc Lore, who co-founded and sold Quidsi to Amazon before starting Jet.com and selling it to Walmart, where he now leads the retailer’s ecommerce business. Analysts weren’t surprised by the move, because Amazon is better off centralizing shoppers on Prime rather than across nonbranded satellite sites, Bloomberg reports.