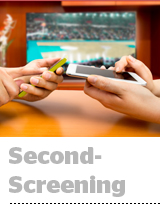 The House Of Mouse

One week after Disney closed its $71.3 billion acquisition of 21st Century Fox, the entertainment giant announced its first ever combined upfront presentation in May. That means Disney won’t be participating in the IAB-backed NewFronts, the digital content version of the TV industry’s upfront events. Disney’s ad sales business was scheduled to present on its digital content at NewFronts, Ad Age reports. The schedule change reflects the consolidation going on within the broadcasters, which are centralizing ad sales across sites, TV networks and OTT apps. 21st Century Fox is new to the Disney lineup, of course, but this will also be the first year when ESPN and Disney’s digital media properties don’t operate a separate program. “The combination of our great content, audiences, insights and creativity, amplifies the partnerships and offerings we’re able to deliver to clients,” notes Rita Ferro, Disney’s president of ad sales, in a statement. More.

Twitter and Samba TV, a smart TV analytics company, are partnering on a measurement product that television programmers can use to tie engagement on the social platform to tune-in numbers for news shows, OTT streams, and live sports or events. The tool could help launch and optimize campaigns when there’s breaking news, or during tentpole broadcasts when networks will spend more to boost ratings. The NHL was a beta client for the product, using Twitter to target casual viewers and in-market audiences during the biggest moments of the season, NHL CMO Heidi Browning tells Adweek. She said the league focuses on “the two-screen experience,” with Twitter representing the second screen. More.

The US Department of Housing and Urban Development filed a lawsuit against Facebook on Thursday. HUD, as the agency is known, is alleging that Facebook’s targeted ad platform violates the Fair Housing Act by “encouraging, enabling and causing” unlawful discrimination because it allows advertisers to restrict who can view housing ads, The Washington Post reports. The suit points to targeting options, such as excluding audiences based on race, gender or ZIP Code, as problematic. Facebook has been dealing with the same issue for years without making much headway, as ProPublica has documented. HUD’s suit caught Facebook executives and analysts by surprise, coming as it did just a week after the company agreed to disable audience targeting for job and loan ads so that certain demographics aren’t blocked from consideration. More.