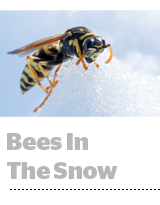 The Beeswax version is called Antenna and it’s built on the cloud technology company Snowflake, a warehousing and analytics service that is itself built on cloud platforms like Amazon Web Services or Google Cloud.

Antenna is only for Beeswax’s clients that also use Snowflake, and it is designed to store and transfer data without going through data-crunching tech like Amazon Redshift, Amazon’s data warehousing product, or Oracle’s data warehouse.

Since programmatic advertising spews out so much data – win logs, bid logs, auction logs and other bidstream data – it’s expensive to pay for storage and computing, said Jordan Bentley, founder and CEO of the programmatic services company ClearRTB, and a beta partner for Beeswax Antenna.

“We spend tens of thousands of dollars taking those logs and turning them into a format we can do anything to begin with,” he said.

Antenna cuts those costs by making all the data transferable within Snowflake.

Despite the comparisons to Google’s Ads Data Hub, Antenna has some key differences. Antenna isn’t a clean room where two different datasets can be joined and compared without exposing user-level information.

And the main purpose of ADH is to return programmatic log files in a privacy-secure environment, whereas Antenna returns full log files wherever they’re available (which is to say, programmatic media, not including walled garden-owned properties like Facebook or YouTube, though Google AdX still returns log files for outside publishers in its network).

Beeswax isn’t laser-focused on the walled gardens with this product, though. Antenna helps Beeswax differentiate from other independent ad tech players, Bentley said.

The Trade Desk, for instance, is becoming more of a black box, he said, since it uses machine learning to forecast rates before bidding on impressions and it charges for data without showing what data is being used.

On the supply side, the independent leader Rubicon Project also uses more machine learning-based black box features to estimate how an impression should clear, set price floors and determine which DSPs see which bids.

Beeswax’s Antenna isn’t for everyone, Bentley said. It’s only for advertisers that use both Beeswax and Snowflake. But, specifically, it’s for marketers that have sophisticated bidding systems and want fine control over their programmatic tools, without a “set it and forget it” approach to DSPs, he said.

Paparo said that questions about cloud data infrastructure have become important for ad tech prospecting and business development, since the vendors need to understand how the customer’s data infrastructure is organized to get the most out of their marketing campaigns.

“DSPs used to just be a log-in where you can buy some ads,” Paparo said. “But that’s not state of the art.”