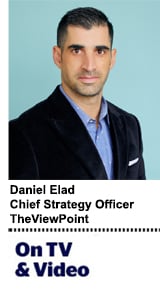 Operating systems have often been overlooked when discussing the fragmented ecosystem of connected TV.

But as the hunger for connected TVs grows among consumers, more and more gatekeepers of the CTV world explore new OS frontiers. Despite the existing variability in CTV software, there’s still no clear leader in the space.

Let’s shine a spotlight on the CTV operating system landscape – and how the race for CTV data could transform it.

Eighty-two percent of US TV households have at least one internet-connected device, research from the Leichtman Research Group reveals. The same report shows that over 40% of all American TVs have smart TV functionality.

Traditionally, device manufacturers like Samsung, LG or Roku develop the operating systems for their connected TV devices. But what seems like a straightforward ecosystem actually has plenty of confusing twists and unexpected players hovering on the periphery.

Samsung is the biggest TV manufacturer. Yet its Tizen OS only controls 14% of the market, according to TVREV. To gain traction and grow incremental revenue streams, Samsung tried licensing its OS but didn’t see much success. Its dominance in TV manufacturing made Samsung’s hardware rivals somewhat reluctant to adopt its software.

The second biggest OS developer in the CTV ecosystem is LG. Nevertheless, its webOS operating system owns just 7% of the market share, TVREV reveals. Like Samsung, LG lags in OS licensing due to its achievements in the OEM (original equipment manufacturer) field.

Roku, Amazon’s Fire TV and Google’s Android TV each hold 6% of the CTV OS market, which is a reflection of their effective licensing strategies. Google, for example, has been distributing its OS through Chromecast dongles, some Philips, Sony and Sharp TVs, Xiaomi Mi TV Stick and TiVo Stream 4K and other devices, like the NVIDIA Shield TV/Pro. In the meantime, Amazon embedded its software into some Toshiba and Insignia TVs, Amazon Fire TV sticks, and Fire TV set-top boxes.

Things get more complex, however, when TV manufacturers buy OS from multiple software providers. Hisense uses its own VIDAA OS in some of its models on par with Android TV, and it uses Roku operating systems in others. Sharp takes a similar approach, using a combination of Roku and Android TV OS in their TVs.

The race for CTV data

As in all areas of advertising, data is king. As a result, OS is likely to become the most sought-after area of development in the CTV industry. After all, operating systems hold a wealth of data on consumers’ engagement with content and ads. The key opportunity? OS operators can monetize that data via their proprietary programming platforms: Samsung TV Plus, Roku Channel, LG Channel Plus, Google TV, Apple TV, WatchFree+ by VIZIO, etc.

With providers doubling down on operating system development, physical device production has been relegated to a secondary role. It’s why TV sets have gotten more affordable. And it’s why manufacturers are vying for positions in the advertising space.

But not everyone is counting out hardware. In fact, major streaming companies are actually pivoting toward it. Amazon has already launched its own smart TV lineup with Fire OS to expand Alexa and Prime Video distribution. Comcast, meanwhile, has released its own X1 OS-powered smart TVs to popularize the Xfinity Voice Remote and the NBCUniversal Peacock streaming service. Their strategy is to own both the device and platform side of CTV to maximize their data potential.

Though the OS landscape currently exemplifies Darwin’s survival of the fittest theory, the absence of players holding a lion’s share of the market has its advantages. Top content producers, such as Disney, have higher negotiating power to get more favorable conditions when included in popular smart TV offerings. And TV manufacturers like TCL that don’t own an OS can capitalize on their hardware assets quickly if they decide to enter the OS space.

This leaves room for tectonic shifts and acquisitions to look forward to in 2022.