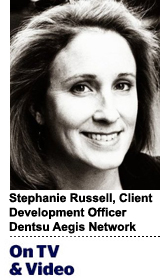 Addressability in marketing and advertising is a brilliant thing and rightfully gaining traction. Improvements and innovation in technology and identity resolution are paving the way for more relevant media and one-to-one tactics. But, in a way, it can be too much of a good thing.

Addressable targeting in paid social and search has played an increasing role in most major advertisers’ strategies. Advertisers can also now target a traditional TV spot to an individual household drawing on addressable inventory, or they can slot a targeted video into an individual OTT user’s experience. Not to be outdone, addressable display is now a foundational part of many digital media plans given the proliferation of users providing an email address (and more) for online subscriptions, purchases and access to experiences.

Use cases for addressable ads range from lead nurture to retention and cross-sell tactics, many of which were previously reserved for email, phone and sales outreach only. Also gaining traction is the use of addressability in upper and mid-funnel tactics where we can surgically serve impressions to a set of identified prospects – not just demographic groups or pools of cookies – who look like high value customers.

The industry is justifiably enthusiastic about these capabilities since precision is important to being relevant and snagging that ever-evasive customer attention. Addressable media is also typically more measurable and accountable, so the shift of media dollars into this spend is good as returns can outweigh higher costs when done right.

But – and there is always a but – as inventory and capabilities in addressability scale, balanced media planning is critical. I have never seen a 100% addressable plan perform.

Media planners need to keep an eye on the return on ad spend and the blend of precision and reach, using addressable tactics thoughtfully up to the point of diminishing returns and flanking with other broader reach (and often still targeted) tactics. For example, in display it’s best practice to lead with one-to-one addressable and augment with anonymous digital behaviors targeted programmatically, with insertion-order-based buys layered in for reach and exposure.

But person-level insights should be identified based on:

All of this should be done in the context of the audience that a tactic can reach vs. the advertiser’s target customer at a person level.

Here are a few opportunities for better people-based planning that should replace plans based on high-level demographics or perceived contextual relevance:

Obviously to be people-based in both planning and addressable activation requires a skill set and ability to leverage modern platforms, data and tech in a privacy-compliant world. But the skill sets and data are out there to leverage, so brands must challenge themselves and their teams to thoughtfully push the envelope in addressability while ramping up their use of people-based planning across the board.

Yes, it’s a bit of a balancing act at this point, but when done correctly, it is a great step forward for brands, marketers and consumers who have grown to expect relevant advertising.