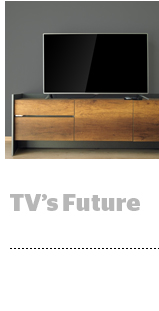 US cable TV networks are being strangled by cut cords.

Research firm eMarketer lowered its US TV ad spend forecast for 2017 by $1 billion on Wednesday, citing “faster-than-expected growth in cord cutting” as the main contributor to the decline. US TV ad spend will still grow, the firm predicted – but by just 0.5% this year to $71.7 billion, down from the $72.7 billion it predicted in Q1. Read the forecast.

Meanwhile, the number of US consumers who watch pay TV decreased by 2.4% this year to 196 million, eMarketer said. By 2021, that number will have fallen by 10% over the previous decade.

Globally, the amount of time people spend with pay TV has declined by 3.6%, or almost a full minute, since 2016. But the overall time consumers spent watching digital video, including over-the-top and subscription video services, increased by 1.5%, Zenith said.

Cord cutting is definitely a contributing factor to that shift, said Jonathan Barnard, head of forecasting at Zenith.

“It’s part of the general shift of consumer attention from traditional, scheduled television to viewing content on demand via the internet,” he said.

As both measurement and targeting become more advanced, TV has the potential to take back spend from digital as a more brand-safe and broad-reach alternative, said Adam Smith, futures director at GroupM. But most advertisers have difficulty obtaining the data they need to execute addressable TV.

“As we embrace more data in our media decision-making, this tends to favor TV,” Smith said. “Advertisers that are able to apply their own data to TV generally find it performs very well on reach and it tends to have a good amplifying effect on other media.”

TV however, will face challenges around a fragmented and aging audience, Smith added.

And Zenith believes most advertisers will remain loyal to TV until digital measurement and analytics become more advanced and accurate and buyers have access to higher-quality video inventory.

“As dollars move from offline media, they need to be supported by the right framework to measure results – specifically, consistent business impact such as incremental revenue versus other channels where dollars can go,” the Zenith report reads. “This closed loop process is discussed often but most marketers are in the early stages of connecting all of the signals necessary to be able to draw consistent, accurate conclusions.”