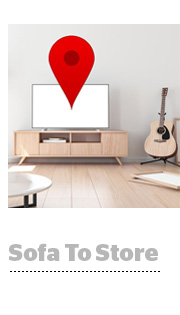 Stop me if you’ve heard this one: A man walks into a bar after seeing a TV ad … but there’s no way for the advertiser to prove it ever happened.

On Tuesday, TV data company Alphonso inked a partnership with PlaceIQ to use the latter’s location data as a bridge between sitting on the sofa and walking through the door.

Linking TV exposure to visitation is a perennial challenge for advertisers and now, increasingly, for networks, which are starting to sell campaigns based on outcome guarantees, said Raghu Kodige, Alphonso’s chief product officer and co-founder.

“People have been doing all sorts of closed-loop analysis on the digital side for years,” he said. “TV is the missing piece.”

But marrying TV ads with store visits is an imperative for agencies like Horizon Media, whose clients are starting to demand business outcomes as a proofpoint for their media spend, said Rick Watrall, chief analytics officer at Horizon Media.

Horizon uses Alphonso to connect TV buys with real-world KPIs for retail, telco and quick-serve restaurant clients. Measurement, however, is about more than just access to data, Watrall said.

“Getting the data, that is Job One, but then what do you do with it?” he said. “A lot of companies have data pipes, but they don’t understand the basics of practical measurement.”

Two years ago, for example, Horizon worked with a vendor to measure a campaign for a QSR brand. When Watrall asked what the brand lift was for the campaign, which is the same as asking how would the brand have done if the campaign hadn’t run, the vendor answered, “Negative 9%.” It was a head-scratcher, Watrall said.

“They didn’t realize why this was a problem,” he said. “That’s why we need partners that let us build analytics off of their data stacks in a way that allows the advertiser or agency to own the underlying data.”

Through their partnership, Alphonso onboards PlaceIQ’s data into a self-serve dashboard that buyers can use to do TV-to-location attribution and close-to-real-time analytics.

Foot traffic data flows in from PlaceIQ within a few hours of a store visit. Alphonso has technology embedded into smart TVs that detects when and where ad creative is running using automated content recognition. Alphonso also has a device graph that unites a smart TV’s IP address with the active devices within a household while the TV is on.

If a device ID associated with a TV ad exposure shows up in a location within the advertiser’s set attribution window, a connection is made.

Beyond attribution, some advertisers, particularly auto brands, are also starting to use location data to do smarter media planning by looking at store visits rather than media consumption as a way to create their audience segments.

For now, tying TV ad viewing to foot traffic is a good enough proxy for conversion – “People don’t go to a McDonald’s to browse, so if they went inside, they probably made a purchase,” Kodige said – but Alphonso’s plan is to partner with shopping data companies in the near term to try and track actual purchases.

Kodige says it’s not an issue, pointing to the explicit opt-in screen consumers see when they go through the process of setting up their smart TV.

“This is not hidden in the terms and conditions,” Kodige said. “We say clearly that the TV is equipped with enhanced viewing powered by ACR that collects viewing data which can be used for advertising and marketing purposes, and it says that we only look at behavior in the aggregate.”