Since The Washington Post opened up its header-bidding wrapper and ad-rendering engine Zeus Performance to publishers last fall, more than 50 sites have signed on, including The Dallas Morning News and fake news debunker Snopes. For both sites, improving page performance and ad viewability was a major draw. While those short-term boosts provide an immediate END_OF_DOCUMENT_TOKEN_TO_BE_REPLACED 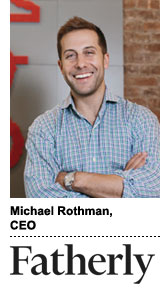 Fatherly CEO On How To Raise A New Kind Of Publisher

Toddler-age publication Fatherly was designed for the future of digital media. Fatherly CEO Michael Rothman, a veteran of Thrillist, envisioned a branded content-focused publication, with maybe a sideline of commerce via product licensing (not the JackThreads variety). Programmatic was out as an option. “We are at a place where audience doesn’t grow at a pace END_OF_DOCUMENT_TOKEN_TO_BE_REPLACED Hearst Wants To Narrow The Tech Gap Between Buyers And Sellers

Hearst’s media encompasses magazines, broadcast networks and newspapers, but tapping into its massive scale means logging deals into 17 separate systems or setting up multiple deal IDs. Over the past year, Hearst’s Core Audience division has brought its properties onto the same ad server, exchange and data management platform. Hearst also built its own viewability END_OF_DOCUMENT_TOKEN_TO_BE_REPLACED