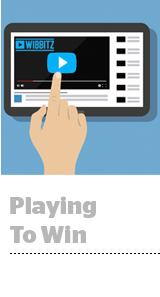 Publishers still struggle to make enough video content and inventory. Text-to-video platform Wibbitz, which announced its $20 million Series C on Tuesday, aims to help them meet that need with technology that automates creation.

The round, led by Bertelsmann Digital Media Investments with participation from The Weather Channel TV network, the Associated Press, existing investor Horizon Ventures and several others, brings the company’s total funding to $30.8 million since 2011.

“We’re living in a fast-paced content consumption world,” Dayan said. “If it takes an hour to produce a video, you may have already lost your edge.”

Most of the more than 400 publishers using Wibbitz – including Weather Channel, Reuters and Time Inc. – use it to quickly create short, time-sensitive videos like sports game recaps or breaking news.

Generating content and distributing it at scale at the local level poses a “unique challenge,” Flaxman said.

“We’re not just making one piece of content and sending it to 210 places, which is difficult in and of itself – we’re creating 210 pieces of distinct content and sending them to 210 different places,” he said. “So we need to give our production team tools that help them easily produce high-quality video content in a scalable way.”

Being a Wibbitz client motivated The Weather Channel to become an investor, too.

“We’re a video production company, and any technology that positions us well in that regard we want a stake in,” Flaxman said.

Wibbitz will use its funding to go on a hiring spree and invest in a product road map centered on artificial intelligence.

“When it comes to AI and content creation, we’re only seeing the tip of the iceberg,” Dayan said. “We’ll keep expanding our automation capabilities and try to get smarter as we go.”

The company has 35 open positions, mainly R&D, sales and account management roles, which when filled will bring the total headcount to just shy of 100.

Some of the fresh financing will also go toward international expansion. Wibbitz, which has offices in New York City, Tel Aviv and Paris, will explore opening locations in new markets, including the UK, Spain, Germany and Latin America, over the next few months.

Publishers “are hungry for more video content,” Dayan said, and the ones that are pivoting to video and not seeing a modicum of success “have probably just got their strategy wrong.”

“Hiring huge editorial staffs and creating expensive video production studios means big overhead and doesn’t necessarily result in the type of video users want to consume, which is both highly visual and text-heavy,” he said. “But at the same time, creating that kind of video doesn’t mean that you need to compromise on quality.”