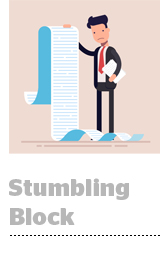 People are consuming more news content than ever, but some advertisers avoid it like the plague. In fact, the word “plague” is probably on a bunch of keyword blacklists.

“We battle the narrative that news is an unsafe place for marketers,” said Christine Cook, SVP and CRO of CNN’s digital portfolio, during a panel Tuesday hosted by TrustX at Advertising Week. “There’s a growing list of brands who wholesale say they won’t advertise in hard news environments.”

Although third-party ad verification tools are getting more sophisticated, the keyword blacklist is still the first line of defense for brand safety, and it’s a fairly blunt instrument, especially when it’s not regularly refreshed and/or doesn’t take context into consideration.

If you block the word “dead,” for instance, you’re potentially missing content related to “The Walking Dead.” Blacklist the word “breast” and “chicken breast recipes” from food sites could be on the chopping block.

But news content is often hit hardest when keywords meander mindlessly onto a block list after a newsy event.

During the 2019 NFL draft in April, for example, numerous sports publishers selling through the TrustX marketplace noticed that their revenue was down, which was weird. The University of Notre Dame had several draft prospects, so the level of interest in their content should have been high. Turns out the words “Notre Dame” had been added to ad buyer blacklists after the fire at the Parisian cathedral of the same name the week before. A bunch of US sports pubs were collateral damage of a fire in France.

The Notre Dame incident was a misunderstanding, albeit a potentially costly one for sports publishers. But there are some words and topics that are unavoidable, especially for a news organization like CNN whose remit is to cover whatever’s happening in the world, even if some advertisers categorize it as inflammatory. President Trump, politics and the election cycle are all obvious examples.

That’s not to say there aren’t advertisers that support the news with their ad dollars. GroupM is actually on pace to increase its spend on direct deals with news publishers year on year. On direct deals alone, the agency has spent more than $500 million over the past two years with news organizations in the United States.

“The support is there from major clients, no question,” said Joe Barone, GroupM’s managing partner for brand safety in the Americas. “What we need are more refined tools.”

There is a lot of investment happening right now to advance verification and measurement technology, particularly in better mechanisms to determine context, gauge sentiment and increase automation.

But it’s still a work in progress and, in the meantime at least, that means using a machete instead of a scalpel in the name of brand safety.

“We know we’re leaving some good inventory on the table, but the objectives of brand safety sometimes require you to leave a little meat on the bone that you’re not going to consume,” Barone said. “I don’t like it that way, but it’s the state of the business right now.”