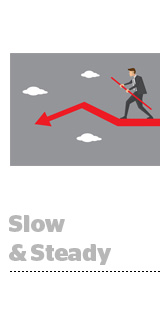 Federal Trade Commission Chair Joseph Simons is in favor of a national privacy regime – but beware the potential unintended consequences, he said.

“Depending on how you do privacy legislation, you could have an adverse impact on competition, potentially by entrenching the major digital platforms,” Simons told lawmakers during a House Judiciary subcommittee hearing on antitrust enforcement on Wednesday.

Large companies, big tech platforms in particular, have the resources to spend on compliance, which could give them an edge over mid-size and smaller players.

“And that’s really counterproductive to what you’re trying to do in the first place,” Simons said.

Google, for example, is chugging along quite nicely in Europe, despite the enactment of the General Data Protection Regulation (GDPR) and two multibillion-dollar fines levied by the European Competition Commission.

The number of third-party ad trackers per website in the EU, for example, declined between 18-31% since GDPR came into force, according to recent research from privacy software company Cliqz, which could be considered a win for Team Privacy.

But by comparison, thanks to their dominant market positions, Facebook only declined by 7% and Google even managed to increase its reach by 1%.

To Simons, GDPR “may be a great standard” or it may be “less wonderful,” only time will tell.

What GDPR does, however, is affords US agencies “an opportunity to look at it as if it’s a natural experiment,” he said. “We can look at what’s happening in Europe with GDPR and see if it’s [reducing competition] and maybe, if it is, we can figure out a way to avoid that.”

But some lawmakers at the hearing were concerned that government agencies aren’t being aggressive enough in upholding antitrust law in an evolving landscape of massive tech platforms.

For example, most monopolies are broken up not just because they’re big, but because they hurt consumers by using their size to manipulate the price of goods. Facebook and Google are big, but their services are free, and figuring out a way to regulate their bigness is a different beast.

It's time to think about antitrust “from the perspective of the things we can’t see,” said Rep. Doug Collins, R–GA.

Back in the day, it was, “’Here’s the company that owns the hardware, the software, [and] now we’re dealing in the intangible areas,” Collins said, “and I think that’s going to become the bigger area of antitrust that we have to deal with as tech grows.”

The confluence of privacy, data collection and competition are top of mind at the FTC right now as it wraps a series of public hearings on those topics. The commission will use the information it’s gathered during the hearings, including public comments, to help set its priorities, policies and future enforcement agenda in light of marketplace changes, Simons said.