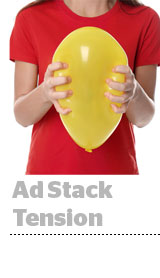 Google held a meeting Thursday with its top publisher partners to discuss numerous new product changes, collectively called “unified pricing,” that could upend publisher strategy and leave them with less control over their ad inventory.

It soon got heated.

Two of the unified pricing changes were particularly contentious among publishers.

First, publishers often set different floor prices for different platforms. Many set Google AdWords at a higher floor price, since its demand often bids very low due to its superior data. Under the new rules, publishers can’t set rules at a platform level, which Google calls the “buyer” level.

Second, publishers also set rules around floors to ensure price consistency across programmatic and direct deals, known as “competitive exclusion.” But the unified pricing changes restrict publishers to setting only 100 rules. Many big publishers with robust direct sales, like The New York Times and The Weather Company, use hundreds of different rules at a time.

They worry that the changes to unified pricing will keep them from setting consistent pricing for their advertisers.

Another sticking point for premium publishers was how Google Ad Manager reports information on deals. The current user interface shares more information about deals that come from Google’s exchange than from outside exchanges competing via exchange bidding.

Plus, even if the Google Ad Manager technically allows other exchanges to compete, multiple sources grumbled that it uses contractual restrictions to inhibit true competition. For example, one worried publisher noted that some Google contracts require “fair access” to inventory, which means that an exchange that competes via header bidding must also be slotted into exchange bidding.

“Our move to first-price auctions in Google Ad Manager, which includes unified pricing, will create a more transparent ecosystem with consistent rules for all sources of demand,” a Google spokesperson said. “As always, we will work closely with partners to bring their feedback into our product development process.”

Based on the heated meeting, a Google spokesperson also said that it would consider revisiting the 100-rule limit if testing showed that number was too low.

One prominent publisher felt Google made the changes without listening to publishers and trying to understand their needs – and wonders if Google is serving its clients or itself first?

Publishers distrust the digital giant’s motives, since it has a history of creating advantage for itself via innocuous-seeming products and updates like “enhanced dynamic allocation,” which gave it privileged access to inventory. Though Google announced plans to remove its “last look” at inventory in March along with the move to a first-price auction, publishers are still wary.

With just over a month to prepare before unified pricing rolls out, publishers have little time to figure out how to realign their business around Google’s rapidly changing product, which also has no competitive option to switch to.

Frustrations quickly boiled over during the meeting.

As publishers argued with the Google product manager leading the conversation, a crowd member commented that the other Google employees, safely observing the scene from the back, needed to buy him a drink.

“I could use one right now,” the Google product manager replied.