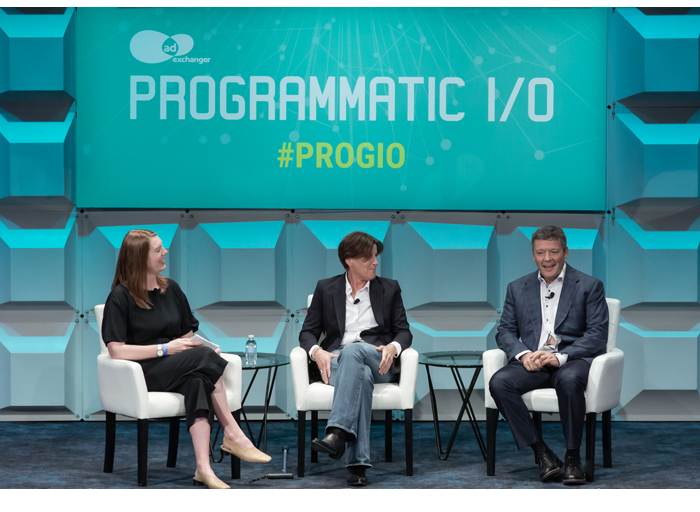 “We are about to find out,” said Boris Mouzykantskii, CEO and co-founder of IPONWEB, speaking onstage at AdExchanger’s Programmatic IO event in New York City on Monday.

About to find out we are. Ready or not, third-party cookies will eventually be tossed onto the dust heap of history, and the ad tech industry needs to stop grousing and start doing.

Criteo’s stock crashed in early 2020 after Google made its original announcement about the planned deprecation of third-party cookies on Chrome.

But “we didn’t cry into our Wheaties,” said Megan Clarken, Criteo’s CEO. “We turned around and solved the problem so our company could move forward based on the assets we have.”

Although retargeting, which relies heavily on third-party cookies, still represents the lion’s share of Criteo’s revenue, Criteo has been developing new and alternative solutions, including a commerce media platform, a contextual targeting offering and a first-party shopper graph.

Commerce media is a good bet for the cookieless future. As Dan Salmon, managing director of BMO Capital Markets noted on stage during a different presentation, “every consumer-facing company will become an advertising company.”

And by the same token, every advertising company needs to figure out which cookieless solutions are legit and which are selling vials of snake oil.

Out of the seemingly hundreds of identity solutions on the market today, “I think about half a dozen will survive with scale and be privacy-friendly enough to actually be relevant,” Mouzykantskii said.

With such a crowded field of vendors and so few likely survivors, Mouzykantskii advises testing between 10 and 20 vendors just to be sure “at least one or two out of your test set make it through the carnage.”

But the real question – and one of the biggest dogfights right now – is to do with who controls the dialogue with users.

That power should belong to the publisher, Mouzykantskii said, but Apple clearly disagrees.

Apple has, in effect, “weaponized consent” by making it difficult for publishers to seek tracking permission, he said, while framing anything that exists outside Apple’s ecosystem as somehow dangerous and toxic.

“I don’t think platforms should do it – it shouldn’t be a browser’s business to structure the dialogue,” Mouzykantskii said. “We should all have the right to talk to users without intermediaries.”

To that end, Criteo has been testing a single sign-on (SSO) solution called OpenPass that aims to serve as a consumer-facing consent-gathering mechanism for the Unified ID 2.0 initiative. If enough publishers adopt a solution like OpenPass, that could reduce friction in the consent-gathering process across the open web.

​A widely adopted SSO solution would give the open internet a “chance to stand up and compete for ad spend against the walled gardens,” Clarken said.

“It’s a very audacious goal, but also very real, and now is crunch time for some of these things to come together and [for us to] realize that vision,” she said. “Instead of worrying about [the walled gardens] and their strategies and what they do, we’re focused on our own – and on rallying around the open internet.”