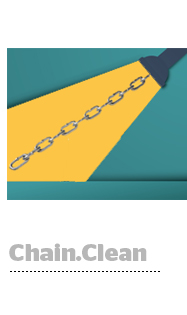 First there was Ads.txt, then there was App-ads.txt. Now there are Sellers.json and OpenRTB SupplyChain Object Specifications.

The two new specs, released for public comment by the IAB Tech Lab on Thursday, are both meant to help advertisers get a better understanding of whether the inventory they’re buying is legit and where it’s coming from.

OpenRTB SupplyChain Object lets buyers see all of the parties that are selling or reselling a given bid request, while Sellers.json is like the inverse of Ads.txt – a file that supply-side platforms and exchanges can use to list all their direct and intermediary programmatic sell-side partners.

Sellers.json files will be posted at the root of a tech platform’s domain and follow the same format as Ads.txt – such as openx.com/sellers.json.

The comment period for both specs is open through May 10.

In any given programmatic transaction, there’s much that happens to an impression between the publisher, which owns the inventory, and a demand-side platform (DSP) on the other end. An impression might first touch a server-side header bidding wrapper, then move on to a few different exchanges, an intermediary ad network or two and finally over to the DSP.

Ads.txt offers clarity by providing more information about direct-sold inventory, but it was never meant to identify all the intermediaries that participate in the reselling of ad space, said Jud Spencer, a principal software engineer at The Trade Desk and a member of the OpenRTB Working Group.

But between Ads.txt, SupplyChain Object and Sellers.json, a buyer should be able to validate all the different links within the supply chain and ensure that they’re authorized, said Sam Tingleff, the IAB Tech Lab’s chief technology officer.

“This documents a chain of custody for an impression,” Tingleff said, “and it’s an immediate step toward the goal of transparency and making it as difficult as possible to monetize through fraud within the programmatic ecosystem.”

The new specifications in particular are “the natural evolution” of a process that started with Ads.txt to help bring more transparency and trust into the ecosystem, said Sergio Serra, a senior product manager for supply and programmatic at InMobi, who also contributes to the OpenRTB Working Group.

They aren’t a panacea, though. As publishers learned during the early days of the Ads.txt rollout when they were deluged with buyers looking to sneak their way on their Ads.txt files, there are always less-than-reputable characters on the hunt for ways to take advantage.

Beyond transparency into transactions, the IAB Tech Lab is also looking for other ways to shore up the supply chain.

At the top of Tingleff’s agenda is Ads.cert, currently in beta, which uses cryptography to certify legit ad inventory. And then, a bit later down the line, the IAB Tech Lab will look into helping exchanges and publishers audit the creative they receive to see who it came from and ensure that it’s free of excess pixels and malware.

Bad actors, for example, are known to steal a real brand’s creative assets to use them as vehicles for spreading malware, and there’s no easy way to stop them, other than leaving it up to SSPs, DSPs and exchanges to be proactively vigilant.

“Today, buyers are primarily relying on their business relationships and trusting that their partners are doing what they expect them to do,” Tingleff said. “As a buyer, you might trust your immediate upstream counterpart, but you don’t know who that partner is trusting.”