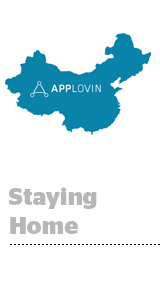 It looks like China is not the ultimate exit for ad tech.

Late Tuesday evening, app marketing platform AppLovin said that company will no longer be acquired by a Chinese private equity firm for $1.42 billion as planned. The deal, now scrapped, was first announced in September 2016.

The duo will still do a deal, however.

AppLovin CEO Adam Foroughi wrote in a blog post that the debt financing setup will allow the company to maintain full control of its business while investing in “continued global growth.”

There was a time last year when China appeared to be a magical playground of deep-pocketed consortiums with an endless desire to acquire.

Aside from the $1.4 billion AppLovin acquisition, now no more, contextual ad network Media.net sold to a Chinese consortium for $900 million; a group of Chinese companies offered to buy Opera Software, including its mobile ad platform, Opera Mediaworks, for $1.2 billion; mobile SSP Smaato was bought for $148 million; app monetization company NativeX went for $25 million; and data aggregator Ad-Juster was acquired for an undisclosed sum.

But the good fortune – and the giddiness – did not last for everyone.

The Opera deal, for example, collapsed due to regulatory hurdles related to data privacy. In the end, Opera’s Chinese suitor paid $600 million to buy Opera Software’s consumer-facing browser business, while Opera Mediaworks was later spun out into its own company and changed its named to AdColony.

Like Opera, AppLovin’s deal also faced regulatory challenges, according to an unnamed source cited by Reuters who was close to the transaction, with pushback coming from the Committee on Foreign Investment in the US (CFIUS), a government group charged with ensuring the foreign acquisition of US firms doesn’t imperil national security. Under President Trump, the committee has become increasingly leery of approving deals.

But even if CFIUS was in a more bullish mood, ad tech companies shouldn’t bet the farm on a China exit. Companies with commoditized offerings aren’t in a good spot, either at home or abroad.

And despite the rejiggering of the deal, AppLovin’s outcome can still be seen as a success story – and it’s also an outlier. Other than AppLovin and Media.net, the deals that did get done were comparatively small potatoes.