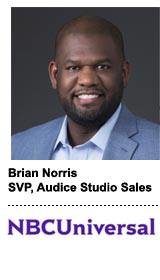 NBCU did something it had never done before: transacted on a TV advertising campaign based on business outcomes.

The campaign for the STXfilms movie “The Upside” was guaranteed based on ticket sales and, secondarily, show time searches, the broadcast giant said Friday. Comscore will measure viewership data and tie it to ticket sales from Fandango, in which NBCU has majority ownership. (NBCU said it would still be able to measure these outcomes without Fandango data.)

While NBCU said its ability to measure business outcomes isn’t new, it hopes to further develop its ability to actually sell digital and linear inventory based on those outcomes.

For now, NBCU is focusing on scaling that capability further across the entertainment vertical – and looking to transact again on business outcomes with STXfilms’ upcoming movie “UglyDolls.”

“We’re looking to understand how we build benchmarks for this category,” said Brian Norris, SVP of sales for Audience Studio, NBCU’s data-driven ad tech stack, which launched in 2016).

“STX has been an excellent partner in their interest in learning alongside of us, knowing that both companies and both organizations will benefit off of the learnings,” Norris said. “Those learnings will determine how we scale [guarantees] across the entertainment vertical.”

After entertainment, NBCU hopes to expand business outcome guarantees to the automotive vertical.

“When it comes to transacting on an outcome, we look at advertiser KPIs first and foremost,” Norris said. “There are multiple goals an advertiser can have, like site conversions or sales lift.”

NBCU evaluates the ultimate result using third-party measurement providers, such as Comscore, iSpot.tv and Data Plus Math, among others.

The ability to sell linear TV inventory based on business outcomes is starting to take off.

In early January, WarnerMedia division Turner Broadcasting said that advertisers can transact on its linear and digital inventory based on business outcomes. Turner uses AT&T data from the ad unit Xandr to measure results.

In other NBCU news, CFlight – the metric the broadcaster developed in-house to assess audience viewership across all screens – will be scaling across NBCU’s full content portfolio. Before, CFlight was only available for ad buys on NBC Sports and Primetime content. The metric will be available across all of NBCU beginning with the next TV upfront.

NBCU introduced CFlight last April, in collaboration with Nielsen, Comscore and Moat, as an open source metric it hopes will be used by other content owners – although it’s unclear right now if any other networks are using a version of CFlight. But it’s still early days.

The development of CFlight spoke to the ad industry’s need for unified measurement across multiple networks and screens.