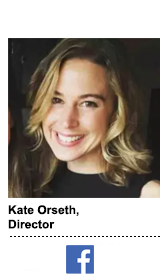 Between “fake news” and lawsuits, few tech companies have been busier than Facebook.

As a result, the platform’s technological ethos is changing. Facebook founder Mark Zuckerberg has hinted that the company might phase out its classic news feed to focus on its Stories and Messenger features.

Among these new avenues for monetization is Facebook Watch, the social network’s long-form, episodic content offering. Launched in the US in September 2017, Watch went global in August.

Facebook has managed some major controversies during that time, including the Cambridge Analytica scandal. It’s also been challenged with mollifying brands’ concerns about advertising on the platform.

AdExchanger caught up with Kate Orseth, director of media monetization product marketing at Facebook, to learn more about how the company is monetizing Facebook Watch while building brand-safety controls.

KATE ORSETH: Since the beginning of the year, we’ve seen watching video in Facebook Watch grow about 14x. We see people come to Watch to actually stay there. They watch video for longer than they do when they’re in that discovery mode in news feed [with] the shorter-form videos.

How is the strategy different with Watch versus news feed videos?

Watch is a place for people to come and watch video in a way that’s purpose-built, but in your news feed you can do many things since you’re open to discover in short bursts.

[Watch] is really a destination specifically for video content. If we segue into media partnerships and the content ecosystem, there are a few things that [brands and publishers] need to be able to build a business around video.

One is a place with a dependable and predictable audience, and that is really what Watch is intended to drive. Then there’s the business model to match that, which is where the ad breaks piece comes in.

Where did the idea for ad breaks on Watch come from?

We’ve learned a lot over the two years of testing this product and made a lot of changes leading up to the launch in August to reflect what we’ve learned. We moved to longer videos, three minutes or longer. That was really in response to users telling us they were seeking longer videos and because they saw them as worthier of their engagement.

How does that tie back to ads?

[Users] understand the way ad-supported video works but they wanted that value exchange to be reflected in the content.

We invested a lot in features for partners to make the product easier to use. [That includes] features like auto-insertion, so you can click a button and Facebook will place your ads for you to balance user experience and payout. And then, again, we have a lot of tools for planning and buying and brand-safety controls for advertisers so they can feel confident and comfortable participating in this ecosystem.

What are some of the controls in place?

Once advertisers opt in, they can apply for publisher page blacklists to avoid delivering in certain environments, and they can apply category controls so they can avoid running [ads] in certain types of videos that they may not find aligned with their brand.

On top of all of this, we publish our content guidelines for monetization, which govern what types of videos can contain ads; you can think of this as a layer above our community standards of content that is suitable to be monetized. It has a lot of our brand safety baseline guidelines in that [as well].

Can advertisers target their ads on Watch?

In September, we announced a few new products [with] in-stream reserve, which is the ability for advertisers to target Nielsen audiences on the most engaging quality video inventory.

We [also] launched a sister product, reserve packages, which is basically the same planning and buying tools in topical packages, like in sports or beauty content.

We’re starting to test the ability to sponsor certain shows. So we’re starting with some of our originals like “Ball In The Family,” for example, where an advertiser can buy out reach of all of the viewers watching that content.

How does Facebook plan to balance monetizing some of its newer channels while still nurturing the news feed?

Both are incredibly important. And I don’t have more to share on that.

We’ve been making sure we were investing in the types of visibility and control that advertisers want, including everything from the ability to look upfront and see a list of domains where their ads could run to block lists.

Recently we rolled out post-delivery reporting so [advertisers] can see where [their ads] ran and go back in and adjust those robust category controls for visibility and control.

Has the “fake news” controversy on Facebook impacted your job?

We’ve heard our leadership talk about the extensive investments we’re making in this space. It’s something we take seriously as a monetization team, given the types of balances we need to have in place for who can use these features and what types of businesses we’ll support.

What’s your overarching goal for Watch?

There are 6 million advertisers in the platform, and they all have very different needs when it comes to how they want to buy video. When we look at streaming ad breaks, it’s really about building out that kind of planning and buying suite that helps meet the needs of your average advertiser who’s using ads interfaces, to your premium digital video buyer who has a little bit more upfront certainty needs and wants to deliver a certain type of content.