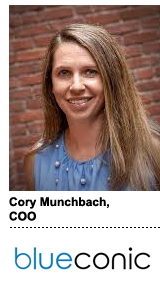 It’s been a bad couple of weeks for what I’ll call “the data economy.”

A new study from the journal Nature Communications laid bare how easy it is to reidentify supposedly anonymized data sets. A multipart series from The Wall Street Journal revealed a range of devastating – though unsurprising – revelations about Facebook. And former tech darling App Annie paid $10M in a settlement with the SEC over its use of confidential data in its analytics offering.

These are all distinct and complex topics, and so it would be silly to identify common solutions. But all three are representative of the same underlying trend, which is that the lack of transparency on the part of data “collectors” (i.e., companies) and the lack of control on the part of data “sources” (i.e., consumers) are problematic at best and unethical at worst.

It’s not too extreme to say, left unchecked, the consequences could be Orwellian. It’s therefore critical that governments move to regulate the collection and use of data. But there is also a very compelling and urgent business case for companies to proactively make change and self-regulate.

Failure to comply is expensive

Before the SEC investigation, App Annie’s revenues were estimated at $120 million. The recent settlement thus represents almost 10% of revenue – and cost the founding CEO his job at the company, as well as barred him from serving in a leadership role at any public company for three years.

Meanwhile, dozens of companies have been hit with fines due to violations of Europe’s General Data Protection Regulation (GDPR), the largest of which have been millions of euros.

According to the UN Conference on Trade and Development, 128 out of 194 countries have put legislation in place to secure the protection of data and privacy.

All of this is happening without even addressing the higher costs – both monetary and reputational – to brands that get consumer data management wrong. And we’re still in the very early days of these enforcement frameworks.

Hope is not a strategy

Apple’s browser and app changes have been one of the main forcing mechanisms behind the changes many companies are making to their data collection practices, while Google’s delayed deprecation of the third-party cookie has revealed how few brands and publishers were ready even when the change was planned for early 2021.

Notably, this was also true when GDPR went into effect in 2018.

Far too many companies take a wait-and-see approach when faced with the prospect of major change. Instead of using external platform and regulatory moves as air cover to make significant, future-proofing adjustments to their business, the majority are content to be cautious and conservative.

But this is a mistake. Ethical data management and privacy, like other forms of disruption that preceded it, are nonnegotiable imperatives that will affect every company over the next decade, and it’s irresponsible to delay making the necessary changes to your people, process and technology.

Furthermore, being proactive can benefit the bottom line. Nowhere is this more true than in publishing, where more than half of advertiser spend goes into the pockets of intermediary tech companies while publishers only receive an estimated 30 cents to 40 cents of every dollar.

This is representative of a broken ecosystem that both Google and ad tech companies are desperate to preserve but which leaves a huge opportunity for publishers to take power back – and the dollars they deserve.

Amid the growing heat of consumer privacy concerns, privacy-focused differentiation has become a key strategy for Apple and some other larger companies. While Apple’s focus on user privacy may just be a guise for anti-competitive behavior, it’s not stopping other tech companies such as DuckDuckGo, ProtonMail and Signal from rolling out privacy-first alternatives to browsers, email providers and messaging platforms respectively. Moreover, there are early signs that using privacy as a brand differentiator is catching on outside of tech products.

We’re starting to see companies write their “accept cookies” pop-up messages in human-friendly text and make an effort to tie every piece of data they collect to an explicit value that can be delivered to consumers. But it also means challenging what is likely a culture of passivity, short-term thinking and risk aversion.

As we’ve seen time and again, fortune favors the bold.

It’s the right thing to do

This isn’t an argument for pure altruism – it’s an argument to accept the reality that consumers and employees expect more from the companies they do business with and work for.

The twentieth edition of Edelman’s Trust Barometer research found that 74% of employees agree with the statement, “CEOs should take the lead on change rather than waiting for government to impose it.” The study also found 64% of consumers identify as “belief-driven buyers” who will “choose, switch, avoid and/or boycott a brand based on its stand on societal issues.”

These trends are more pronounced in younger generations and thus will only become more important. Given that most companies have barely made a dent in their efforts to put transparency and trust at the center of their data collection – even with more than ample reason to do so – there’s still time to take the lead on this.

Whatever motivates you, whether it’s fear of punishment or the desire to differentiate, the time is now to make transparent-first, privacy-by-design principles core to your company’s corporate strategy, from marketing to product to data governance.

While waiting is, of course, always an option, it’s also the path most likely to backfire and be the hardest to rebound from. The time for change is now.