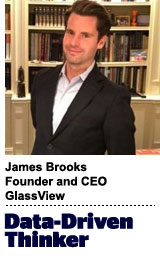 Today’s column is written by James G. Brooks, founder and CEO at GlassView.

Programmatic advertising started with the premise that advertisers were unnecessarily limiting themselves.

As MediaMath founder Joe Zawadzki explained, “At the time, it was basically you go to the top 20 retail publishers, you buy space on all of them. Sort them by click-through rates. And, you know, God will figure out the rest.”

The industry soon figured out that automating the buying process leads to much greater scale since most blogs don’t have sales teams. This greatly expanded options for advertisers.

A decade later, though, the pendulum is swinging back. In an echo of what financial marketers call a flight to quality, advertisers that have been burned by brand-unsafe impressions are migrating back to the top publishers.

What they’re finding is that scale was an illusion and quality trumps quantity.

That’s not true anymore. Facebook has been caught overstating its metrics for video advertising. Top-tier brands have also seen their ads attached to objectionable content on YouTube. Both Google and Facebook have now agreed to allow third parties to audit them.

Meanwhile, marketers are growing impatient. Most notably, Procter & Gamble Chief Brand Officer Marc Pritchard has touched a nerve in the industry by publicly expressing his frustration with digital media’s lack of transparency and his refusal to give digital media a free pass.

In advertising, there are opportunities for huge scale, but the quality is low. If marketers are looking for raw numbers, they can make a case that advertising on junky sites is OK since they reach a large group of people.

However, as we all know, much of that “large group” often includes many bots. About half of all ads aren’t seen by humans.

When you throw in the brand safety issue and the fact that Facebook has been grading its own homework, casting as large of a net as possible doesn’t look like a solid strategy anymore.

A low cost-per-view rate doesn’t mean much if the cost-per-uptick-in-sales rate is relatively high. Digital media has offered lots of metrics that illustrate how a campaign is behaving, but many are irrelevant if the advertising isn’t getting consumers to buy more products or services.

Programmatic offers some great benefits, but the idea that media buying can be completely automated doesn’t ring true. After a decade of programmatic, the industry has fully absorbed its benefits, and automated buying has revolutionized digital media.

That said, the industry also went overboard in exploiting scale in exchange for quality. Now we see the market starting to embrace better placements from reputable publishers. The same is happening among consumers as many readers question news from dodgy sources and look for media brand names.

It’s been a long journey for programmatic, but it now it’s definitely heading in the right direction.